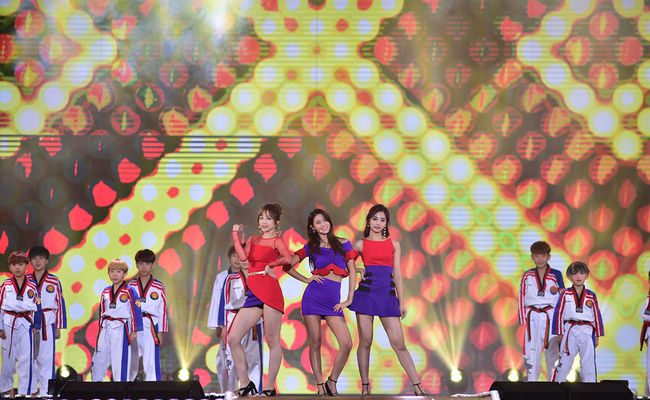 Hani, Seolhyun And Tzuyu To Reunite For ‘MBC Gayo Daejejun’

The three girl-group members are making a ‘comeback’ since the ‘2016 DMC Festival’.

‘2016 MBC Gayo Daejejun’ revealed more collaborative stages for the upcoming festival on December 30. The members of three girl groups, including EXID‘s Hani, AOA‘s Seolhyun and Tzuyu of TWICE, will share the stage for the MBC festival again this year.

The three visuals first made an appearance as a trio during their performance at the ‘2016 DMC Festival Korean Music Wave’, broadcasted on MBC.

Furthermore, boy groups BTS and B1A4 are also set to perform hit tracks of the 90s at the festival.

On December 29, two collaborative stages for the MBC year-end festival were revealed; AOA’s ChoA, and Hoya and Dongwoo of INFINITE will collaborate, while two members of MONSTA X, Jooheon and I.M will collaborate with SISTAR‘s Hyorin and Bora.