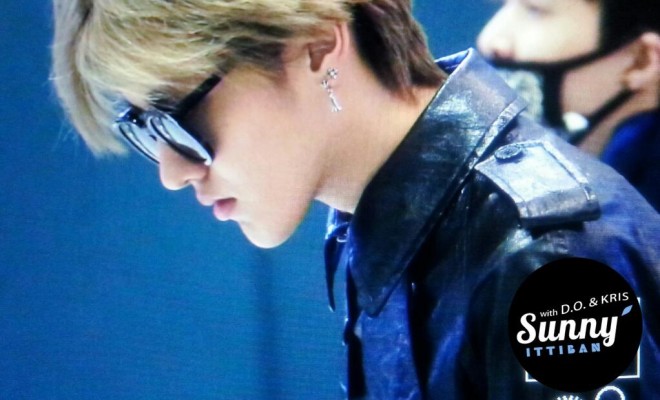 Heechul: ‘EXO Kris would disappear and didn’t show up to work’

By Phillip | May 24, 2014
FacebookTwitter
SubscribeGoogleWhatsappPinterestDiggRedditStumbleuponVkWeiboPocketTumblrMailMeneameOdnoklassniki

Super Junior’s Heechul has joined in the heated discussion about Kris’s lawsuit and revealed his thoughts why Kris’s exit was expected.

Heechul referred Kris’s lawsuit to Hangeng’s 2009 legal battle with SM, saying that he ‘might’ve sent signals’ about his intentions on leaving the group.

“There were some cases within the group. For example, Kris unexpectedly disappeared from the stage or did not turn up to work when he was supposed to.” Heechul said on JTBC’s ‘Ssul Jeon.’

SM said that his last minute absence has led to difficulties for concert organisers to re-arrange the concert to suit 11 members.

“All of a sudden we only had 11 members for the concert, leaving us with a lot to change, so it has been very difficult for both the members and the staff. But we are doing our best to cope with the situation.”

Heechul compared Hangeng and Kris’s case and said that the two were different.

“This situation is different. In Hangeng’s case, Hangeng was only able to go on two broadcasts. Whether it was because he was the only international member, there were many difficult situations hindering Hangeng’s activities,”

“In the case with Kris’s situation, the problem is neglecting the fans’ trust. With only a week left before the concert, all movements, choreography, and music have turned on their heads.”

His fellow EXO-M members also felt like Kris’s move to file a lawsuit last Thursday was a ‘betrayal of trust’.

“(Kris) should not have done such a thing without telling anyone in advance, especially when the world tour that we have all been dreaming about is just around the corner.” Tao was quoted Tencent Yule.

Despite Kris’s absence, EXO will continue to hold their first solo concert this weekend in Korea before heading over to Hong Kong for another two shows.

Was EXO Kris planning a solo debut? Why did he file the lawsuit?

Hellokpop, as an independent Korean entertainment news website (without influence from any agency or corporation), we need your support! If you have enjoyed our work, consider to support us with a one-time or recurring donation from as low as US$5 to keep our site going! Donate securely below via Stripe, Paypal, Apple Pay or Google Wallet.
FacebookTwitter
SubscribeGoogleWhatsappPinterestDiggRedditStumbleuponVkWeiboPocketTumblrMailMeneameOdnoklassniki
Related ItemsEXOHangengHeechulKriskris lawsuitSM Entertainment
← Previous Story Yuna Kim and MFBTY reveal music video for ‘Without You Now’
Next Story → EXO: Kris’s lawsuit psychologically and physically very painful