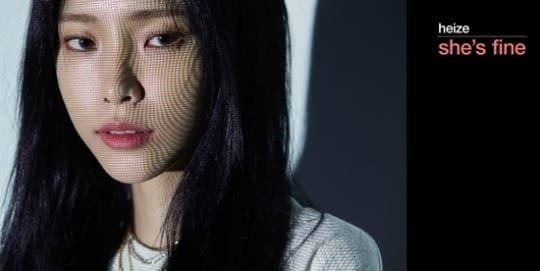 Heize will be soothing us with her warm vocals again as she gears up for a comeback this March!

Heize has confirmed her return this March with an album titled She’s Fine!

The singer will make her return to the music scene with She’s Fine, which marks her first regular album since she debuted five years ago. There are no final dates for its release yet, but her team is targeting for it to be released around mid-March.

The wait would not be too long though, because she revealed that she is currently in the final stages of preparing her album. She had also dropped the first image teaser for the album, which is already raising fans’ anticipation for her comeback.

Heize’s last release was her fourth mini-album titled Wind on March 2018. It successfully topped several music charts with its lead singles. Besides her soft, soothing voice, she is also well known for her versatility as a singer, rapper, songwriter, and composer.

Are you looking forward to Heize’s scheduled comeback this March? Let us know by leaving a comment below, giving us a holler on Facebook, or tweeting us at @hellokpop!