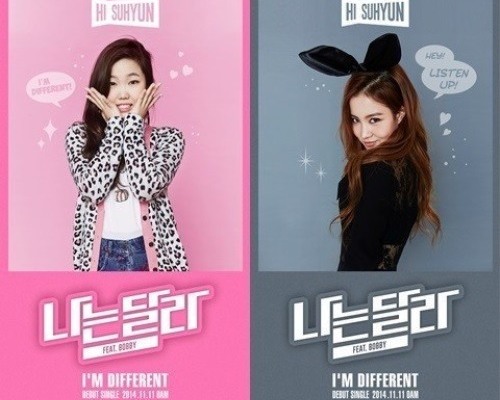 Less than one month after the release of their debut single, Hi Suhyun have beaten Super Junior’s Kyuhyun and AOA to claim their first music show award.

The group, made up of Lee Hi and Akdong Musician’s Suhyun, performed their number one single ‘I’m Different’ on the SBS TV music program Inkigayo, which aired live on Sunday.

After results were announced, the girls were full with excitement and thanked their company, family and fans for their support.