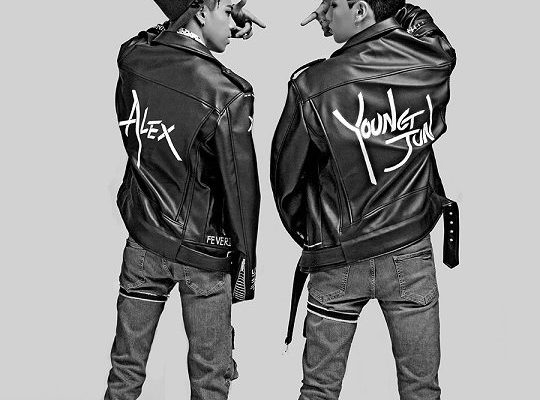 HIGH4 is making a return to the music scene, but with a two-member unit group.

On September 21, HIGH4‘s agency N.A.P Entertainment released a teaser photo through its SNS. The revealed photo features the backs of the two rappers, Alex and Youngjun. The new unit, named as HIGH4 20, marks the birth of the group’s first sub-unit.

The duo has their backs faced to the front, with their names inked on the jackets. The image further revealed the release would be titled as Hook Ga, released on October 3.

In related news, HIGH4 20 is holding its 1st Japan concert in November.

We need your support! If you have enjoyed our work, consider to support us with a one-time or recurring donation from as low as US$5 to keep our site going! Donate securely below via Stripe, Paypal, Apple Pay or Google Wallet.
29
SHARES
FacebookTwitter
SubscribeGoogleWhatsappPinterestDiggRedditStumbleuponVkWeiboPocketTumblrMailMeneameOdnoklassniki
Related ItemsHigh4high4 20
← Previous Story Super Junior’s Ryeowook Begins Army Training Next Month
Next Story → Crucial Star To Drop New Album Under New Agency C-JeS Entertainment