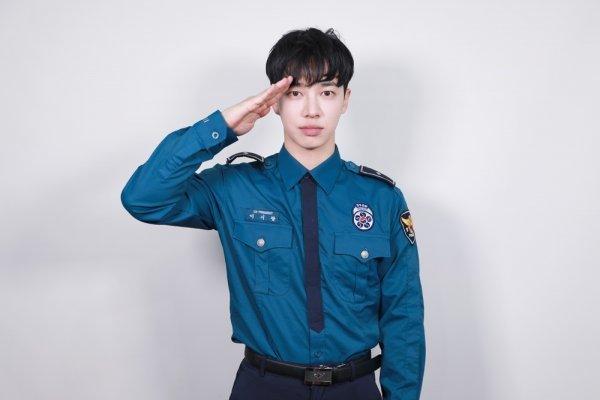 On November 18, his official label Around US Entertainment shared, “Lee Gikwang, who joined the military in April last year, has completed his mandatory police service today, and has been discharged.”

His agency further stated, “To prevent the spread of the virus, Lee Gikwang will be discharged from the military after his last vacation without returning. It is regrettable that he could not meet fans in person. But he will communicate with them through various activities in the future.”

Gratitude to members and their fans Lights

Lee Gikwang said through his agency, “I’m happy to safely finish my military service as of November 17, 2020. Honestly, I felt that my discharge date was far. But I’m surprised and amazed that this time has already come.”

He added, “More than anything else, I’m most excited of being able to stand up in front of fans and spend the rest of our time together.”

Expressing his gratitude to everyone who has helped him, he said, “First of all, I’d like to thank our members, the company commander, the platoon leader, the vice general, and many others for helping me get along well during my service.”

He followed, “Most of all, I’d like to sincerely thank our fans who patiently waited for this day with me during my military service, and our members who are always with me. In the future, I will work harder to meet our fans with the best version of myself.”

Lee Gikwang is the third member of Highlight to be discharged from the military, following Yoon Dujun and Yang Yoseob.

He will be holding a V LIVE broadcast via Around Us official V LIVE channel, on November 19 at 8 PM KST, to deliver his plans for future activities.

He will also lead the program as the MC of Idol Wonderland, after its first episode on November 18, at 9 PM KST. The variety show airs every Wednesday on the KT Seezn app.

Photos: Around Us Entertainment