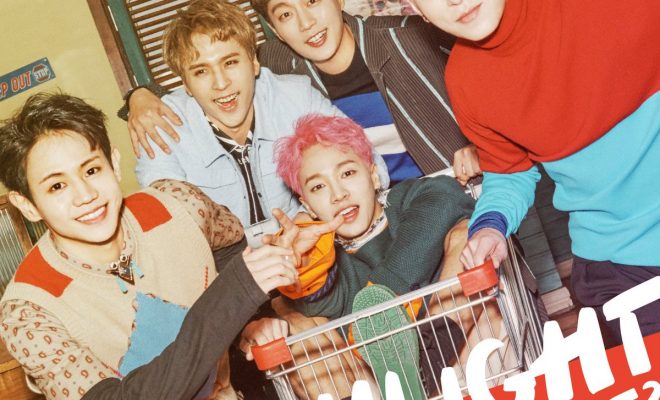 The years of experience helps Highlight.

HIGHLIGHT (fomerly BEAST) were guests on MBC FM4U’s ‘Kim Shin Young’s Noon Song of Hope’ on March 22. On the broadcast, they discussed  how their debut song, Plz Don’t Be Sad, topped music charts.

“The name gave the song strength. We gave up not just one, two years but nine years worth of our effort to have a new start under a new name. So there weren’t really a lot of expectations. It really feels like a miracle,” Doojoon remarked on the song’s success.

Some netizens have commented that HIGHLIGHT’s new agency, Around Us Entertainment, is akin to a small enterprise. However, the members believe that this is not a disadvantage in any way. “We’re thankful that people view us that way. We’re working hard to make our small enterprise a success.” Yoseob added on the analogy, “It feels like we left a large company in order to pursue our own dreams and careers.”

Meanwhile, Junhyung revealed that plenty of staff from their former agency helped the members out. “That’s why we feel that the situation is not that difficult. It’s just that the money we spent comes from our own pockets, so we’re more frugal.”

Doojoon also shared that Dongwoon likes to send out silly notices. “Even in our group chat, he’s very humorous. He’s our mood-maker.” Yoseob added that Dongwoon will send selfies and claim that it’s a “gift” for the members.

What if someone close to them is considering the idol career? Yoseob said that if he has a child in the future, he would not allow them to be an idol.

“I will not stop them if they truly want to, but I wouldn’t let them on my own accord. If they are talented, I would like them to be a singer, not an idol. Of course, if they insist on becoming an idol I can’t stop them either,” he remarked.

Doojoon later thanked fans for their continuous love and support throughout these times. “We receive love from so many fans and we’re truly grateful. We gain a lot of strength from the fans. This is the happiest we’ve felt since our debut, and we hope that fans continue to show interest in us.”