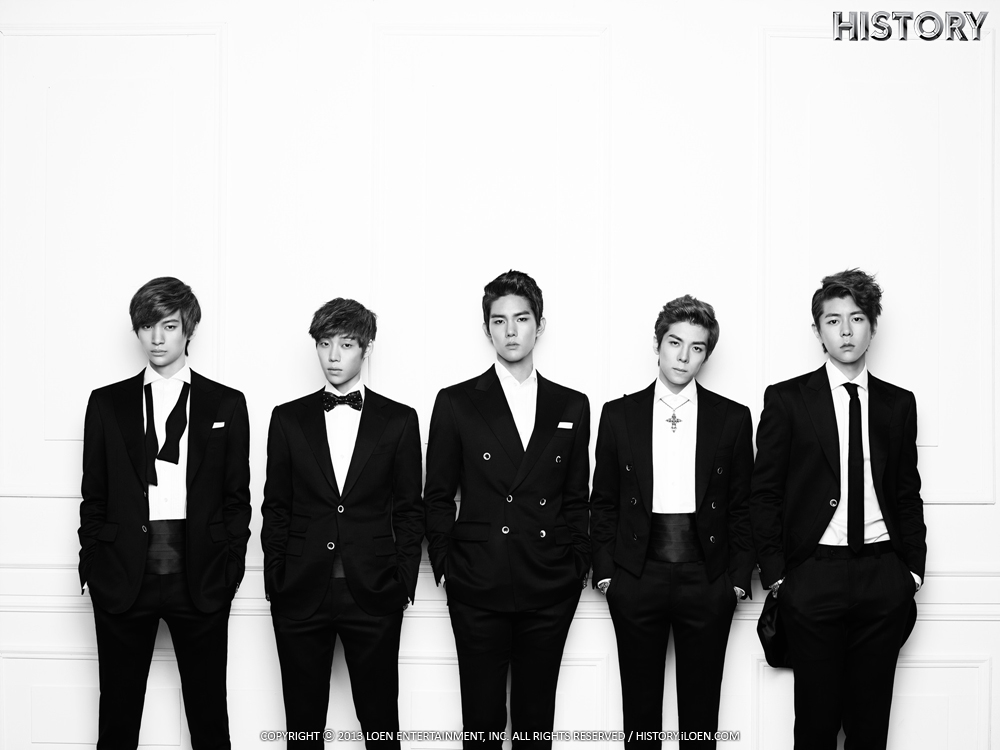 By Community | May 9, 2013
FacebookTwitter
SubscribeGoogleWhatsappPinterestDiggRedditStumbleuponVkWeiboPocketTumblrMailMeneameOdnoklassniki

The rookie boy group from LOEN Entertainment, HISTORY, has revealed its official fandom name. It’s called STORIA, meaning history in Italian. Through the group’s fancafé, Kyung Il announced the news to fans on May 6. He wrote:

Other members shared about the news through their official Twitter accounts. Jae Ho tweeted on May 6, “Storia ♥ Have you not joined the fancafe? Join now!”.

Yi Jung also expressed his excitement by tweeting, “I like the fancafe 🙂 Storia.”