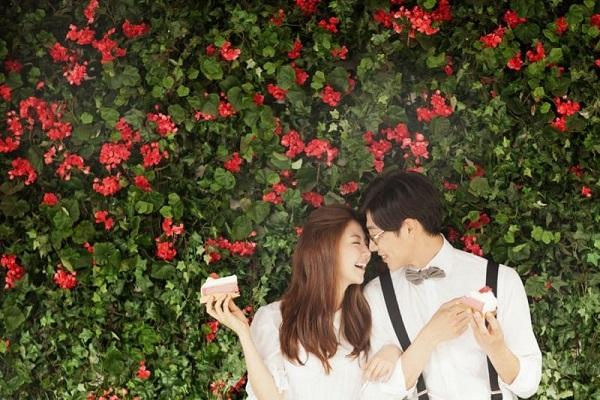 How Are Dating Cultures Different in South Korea, China And Japan?

China, South Korea and Japan may all exist on the same continent, but there is a stark contrast in their various dating cultures and practices, both traditionally and online. In this article, we’ll explore the similarities and differences in the ways these countries approach matchmaking and courtship, particularly when it comes to things like dating apps.

For example, online dating in China has been stigmatized for a long time. But you can find online reviews proving this is certainly no longer the case, suggesting a change in dating habits as technology improves.

Check out our full rundown on Asian dating cultures below!

China is an enormous country with a very unique dating culture. Parents have a large say in who their child (more specifically their daughter) ends up dating. Older and more financially stable men are preferred, as are men who are already established and well-liked with a girl’s family.

Family plays an enormous part in Chinese dating culture. Men and women are conscious of their family’s reputation. When they date, they do so with the intention of representing their family with honour and dignity. A successful marriage reflects well on their namesake. This all starts with dating in an appropriate and considerate way.

There is also the concept of dating with the intention of getting married. Most Chinese people steer away from casual relationships. In fact, women are expected to be married before the age of 26.

Also, sex before marriage is often frowned upon, though many young people in the country see pre-marital intimate relations as proof the relationship is heading in the right direction.

Online dating has also seen a huge rise in China in recent times. Some of the most popular sites include: Tantan; Momo; ChinaLoveCupid; Jiayuan; Tinder; Badoo; Cherry Blossoms; and Date in Asia.

One of the coolest things about dating in South Korea is the importance of wearing matching outfits. This is seen as a sign that a couple are truly in-sync and works as a trendy declaration of love. Style is a very serious issue in South Korea, didn’t you know? It’s also custom to wear matching companionship rings which symbolize your commitment to the relationship.

The South Koreans also love a good anniversary. They usually celebrate an anniversary every 100 days up until 300. Then they celebrate their 500 and 1000 day anniversaries.

Like the Japanese, South Korea is not overly fond of public displays of affection.  Holding hands is seen as acceptable but it is not common place to see people kiss when out and about.

Like China, South Korea has seen a rise in online dating. While it’s still avoided by older generations, young adults are meeting people via the web more than ever before.

One big way in which dating differs in Japan is the popularity of group dating – or goukon. This is a common practice which sees groups of friends head out on joint-dates, whereas the Chinese and South Koreans prefer to date in pairs.

There is also a large emphasis on categorization in Japan. Many people stress about what to wear because they don’t want to be seen as a different “type” to their date. Pretty much every person in Japan adheres to a label. This categorization can make or break any potential relationship early one.

The Japanese are also very subdued when it comes to public displays of affection. They tend not to make grand romantic gestures – at least not in front of strangers. On the other hand, declarations of love and intimacy can occur very early on in the dating process.

Unlike China, online dating is not very popular, especially when compared to professional matchmaking agencies, which have seen a rise in Japan over the last few years. That being said, the Japanese are also fond of their routines and this can make meeting new people difficult in general.

It seems as though dating has finally caught up with technology across Asia. As online dating improves, it has become more and more appealing to a young Chinese, South Korean and Japanese demographic. While it breaks a lot of norms, most singles in these countries are still very respectful of their traditions.