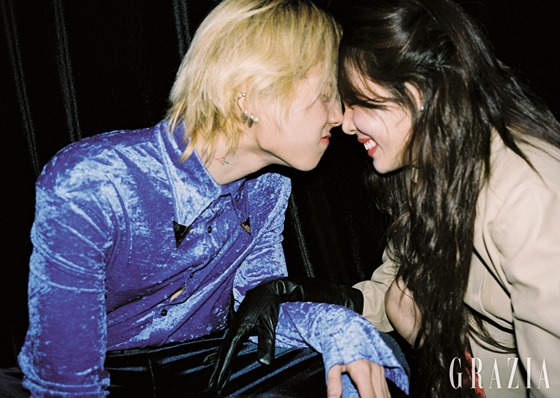 In exchange for their love of music, one of the rights that K-Pop idols has to probably give up first is dating.

Many record companies in South Korea are known to manage their new recruits and include a “no dating” clause in contracts. Dating still happens though so, what’s the secret?

Well, some turn to social media, and others may likely to utilize online dating sites, which are becoming more popular, as explained by experts on this site: “Online dating platforms can be better environments for finding love as they give you useful information on who is available and likely to be compatible with us.”

Nevertheless, things aren’t that simple for K-pop stars, and that’s for so many reasons, with a few covered here.

Dating is a Taboo in the K-Pop World

K-Pop stars are secreted away not like in the west where the romantic lives of celebrities are deliberately public as part of marketing and promo campaigns.

When musicians Hyuna and E-Dawn were disclosed to be dating, there was a furious reaction from broken-hearted supporters and the couple was promptly ousted by their record label, Cube Entertainment, under which they had performed with each other as part of the Triple H outfit.

In this instance, dating was a breach of contract, but the reaction from the fans is easily argued as unreasonable. Everyone is entitled to a private life. Period.

Swords Hanging on Their Necks

The K-Pop industry is huge with bands not only endorsing premium products but also becoming big brand names in their own right.

Controversies surrounding drinking, drugs or even dating, not only rock the boat in the celebrity gossip but also the financial news since so many of Korea’s largest music management firms are publicly traded stocks on the Korean stock exchange.

A bad news day of K-Pop headline can deliver a massive punch to the bottom line. This was exactly the case for Cube, who saw share prices drop dramatically on the rear of headlines that made news in South Korea and all over the world.

It is very strict in the K-Pop world. As the managing companies handle artists, they make them a top priority but expect trust. If trust is broken, there will surely be consequences. As things stand now, with the perils of openly dating, stars at least have some small respite.

According to analysts, much of the dating outcry is embedded in the features of the K-Pop sensation.

The K-Pop industry has developed extremely devoted fan bases. Fans with enough time and money may get to see a beloved idol every day of the week. Fan groups take on the responsibility of promoting their favorite group and for keeping their image squeaky clean.

Some fan clubs go one step further and make charitable contributions on behalf of their favorite musicians, or they bear the costs of promotional advertising to promote concerts and new releases. Since fans put so much effort into encouraging and publicizing, some may fall under the impression they are entitled to influence the personal life of their idol.

For the K-Pop stars, this intense fan loyalty and its associated fan fear quickly become restrictive and demoralizing especially when they want to do the routine and normal like other young people, such as go out on a date.

Yet, intense loyalty gives rise to some fairly extreme reactions. During Girls’ Generation’s 2008 performance at a big annual K-Pop show in Seoul, the audience created a “black ocean”. They refused to wave lights on their cell phones, and instead remained silent throughout the band’s entire 10-minute performance to protest how close the band had become to the members of Super Junior.

While the K-Pop sector is changing and its limits are expanding, the genre remains fixed firmly hand in hand with intensely managed and deeply produced groups.

Stars sign with labels in late adolescence and live alongside other artists under the supervision of the record company. They are expected to participate in intensive training, rehearsals and promotional schemes as well as endure a performance schedule that has left young superstars burned out and exhausted.

Even for the artists who are with companies that allow dating, fan blowback may leave them unable to enjoy much of a life of love.

Regardless of the privacy breaches that using social media platforms can pose, it’s worth considering whether K-Pop could have happened without social media, especially when the big networking sites aren’t as prominent in Korean popular culture.

In reality, Korean users use Korean social networking channels although they still manage a global reach. K-Pop prowess can still be acknowledged by the influence of social media, and are not afraid to ride its waves to better present and to continue publicize the phenomenon worldwide.