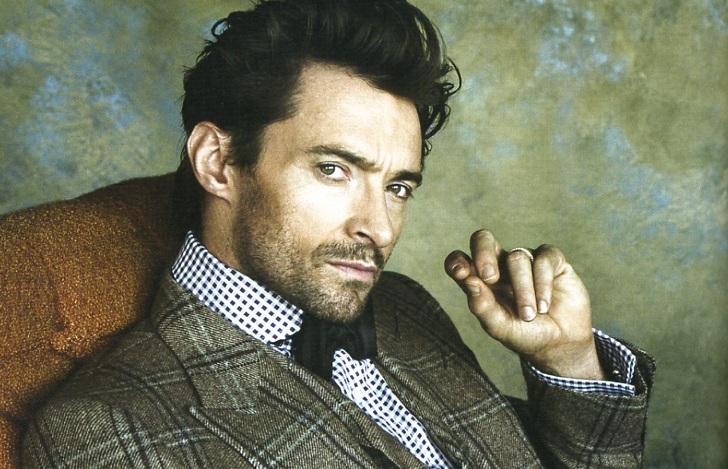 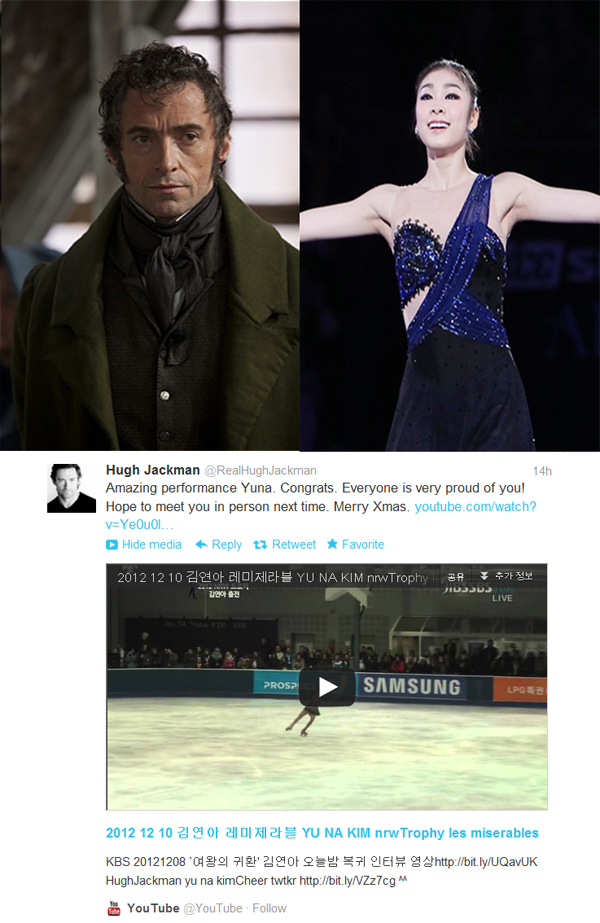 The actor who is currently in Korea to promote his latest movie, Les Misérables complimented Kim Yuna after her performance at the NRW Trophy competition in Germany.

Often labelled as Korea’s national treasure, Kim Yuna earned her fourth highest score ever in her short career with 200 points and winning a gold medal at the event.

After her performance Jackman tweeted, “Amazing performance Yuna. Congrats. Everyone is very proud of you! Hope to meet you in person next time. Merry Xmas.”

While promoting his latest movie, Hugh Jackman also predicted about the skate figure winning a gold medal because she is using a song from Les Misérables as her background track for the 2014 Winter Olympics.

“If in 20 years, Les Misérables is made into an ice skating musical, Kim Yuna will be the lead character.” Jackman said.

Les Misérables is available in most theatres around the world after December 25.

Check out the video that Hugh Jackman shared through his Twitter: