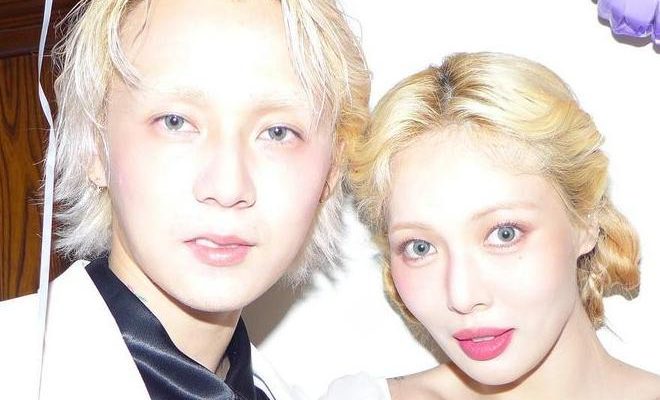 The whole entertainment industry can get drown once again in excitement as HyunA and Dawn join forces for a colorful comeback as a duet in September!

HyunA and Dawn are officially gearing up to present a stirring comeback as a duet. 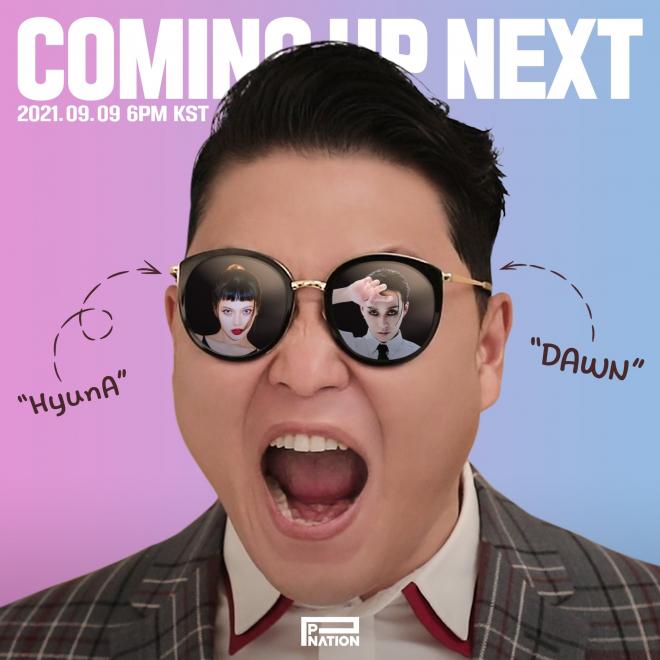 On August 16, P NATION revealed a teaser image that featured the agency’s genius PSY, with his mouth wide open in excitement. The Gangnam Style singer attracts attention wearing glasses with HyunA and Dawn’s photos on each lens, heralding the couple’s duet comeback.

The two-tone background of pink and sky blue even added curiosity to the upcoming release. Additionally, the poster included the words “COMING UP NEXT,” which further excited fans on what kind of music the power couple will be providing this time.

The date of the duet’s reveal was also released. HyunA and Dawn will be gracing the idol stage as a duo on September 9 at 6:00 PM KST. It was reported that the two recently finished filming the music video and will sequentially release various content ahead of the comeback.

HyunA and Dawn, the power couple

The reveal of HyunA and Dawn’s relationship surely shocked lots of fans. But everyone was so happy for both of them as they represented the entertainment industry beyond music. Since they publicly announced their love for each other, this is the first time that the two will officially perform onstage as a duo.

HyunA and Dawn first performed together as a unit group called Triple H alongside PENTAGON’s leader Hui. Triple H dominated the K-pop industry with the release of “365 Fresh” and “Retro Future.”

Relatively, HyunA has been creating her own genre and trend. Debuted as a member of Wonder Girls in 2007, she left the ensemble months after the group’s debut due to health reasons. In June 2009, HyunA debuted for the second time, as the main rapper and main dancer of 4Minute. She also formed a unit with Jang Hyunseung (former member of B2ST/Highlight) as Trouble Maker.

HyunA’s career was colorful and successful. In particular, her solo debut single “Change” charted at No.2 on the Gaon Digital Chart, which was an impressive feat for a soloist at that time.

On the other hand, Dawn debuted in the Cube Entertainment boy group PENTAGON. His unique sensibility and excellent composition skills earned him praises. Specifically, he actively participated in the group’s album creation, especially with the hit track “Shine” until his departure from the group in 2018.

After the two ended their contracts with Cube Entertainment, they signed with Psy’s P NATION the following year. HyunA released her first digital single under P NATION, titled “Flower Shower”, which became her 7th Top 10 entry on the Billboard World Digital Song Sales Chart. HyunA’s recent track is “I’m Not Cool,” which is from her 7th mini-album with the same name.

On the other hand, Dawn made his solo debut on November 5, 2019 under P NATION with the single “Money”. The singer-songwriter then followed with “Dawndididawn”, with a featuring from fellow P NATION artist Jessi. 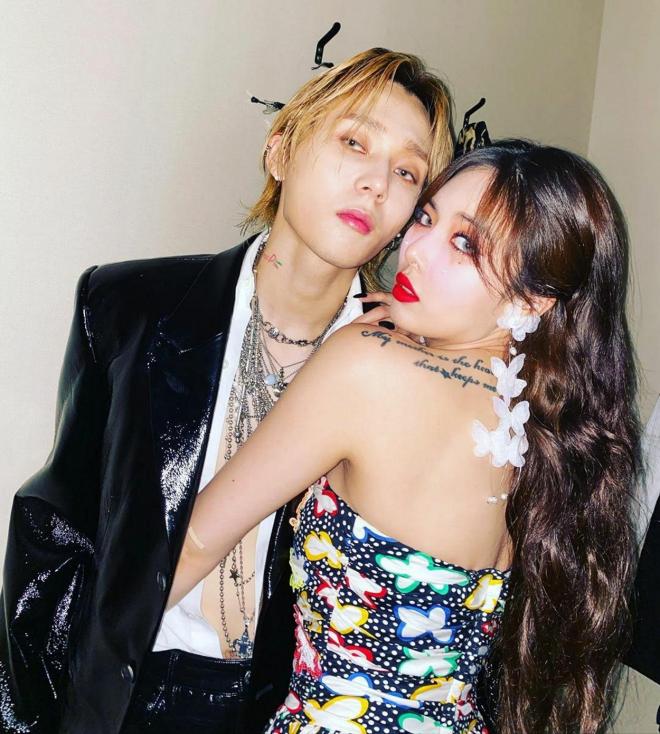 Meanwhile, HyunA and Dawn will have global fans in awe with an official duet release on September 9 at 6:00 PM KST. Furthermore, HyunA took to her Instagram account to express her experience while filming the music video. She also shared a spoiler of the music video, along with heartfelt words for her team and beau Dawn.