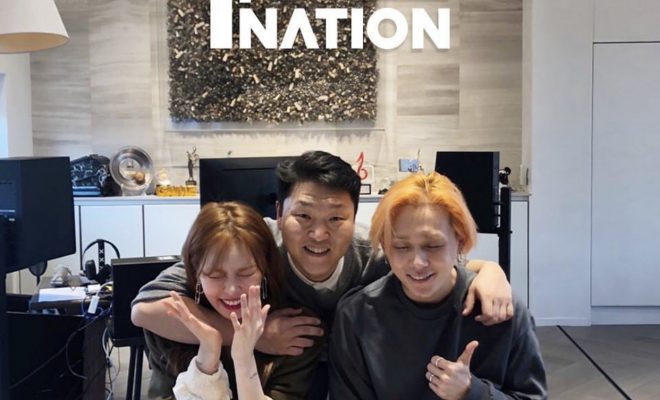 Are you ready to see this couple get back to the industry?

It’s official: Hyuna and Hyojong are finally signed to an agency. They are officially part of P NATION: the entertainment agency founded by PSY.

On January 27, this sweet deal was confirmed via PSY himself on Instagram. The singer posted photos of himself with Hyuna and Hyojong, simply captioned “welcome.”

Fans have taken to social media to express their delight over the news, and it definitely showed!

Hyuna and Hyojong also took to Instagram Live to talk about the news. The couple expressed their initial nervousness when the news broke, opting to stay off of social media until they were personally contacted by their friends.

After their initial fear, however, they’ve been encouraged by the positive feedback they’ve received from their fans. “This is a meaningful day,” both Hyuna and Hyojong noted.

Hyuna concluded the live session by talking about her desire to work hard for her fans. “I always want to work hard and learn,” she noted. “I have a lot of desire to do a lot of things.”

We have got no doubt that things are definitely looking up for Hyuna and Hyojong! They’re in good hands, and with their phenomenal work ethic, they’re definitely going places.