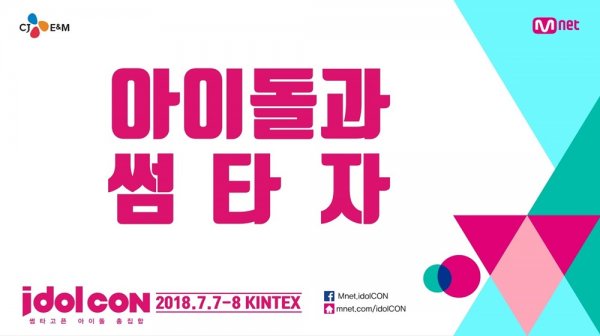 idolCON 2018 is back for its second year this July!

Last year, idolCON, together with 10,000 audiences, broke the boundaries between fans and idol stars and opened a new chapter as a pioneering k-pop festival.

This year the gathering features additional upgrades for fans to anticipate.

CJ E&M announced that it will host idolCON 2018, the largest idol festival in Korea, on July 7-8 at Ilsan KINTEX.

In partnership with Korea Management Federation (KMF), CJ E&M conceived “idolCON” for constructive development of idol market along with expansion of idol fan culture and development of K-Pop market.

First held in May 2017, a big selection of idol groups and over 10,000 people gathered in the center of the K-Pop craze and brought together 54 experiential programs and various stages marking its presence as the representative K-Pop idol festival.

The sequel to last year’s successful launch, idolCON 2018 will return to an upgraded size, more diverse contents, and a more powerful lineup than before.

If idolCON 2017 presented 30 idol groups, it will double in size this year, and it will be a hot festival venue, not only for newcomers, but also for existing popular groups.

Fan club booths, idol related goods’ stores, exhibitions, dancer auditions, as well as, vocal and dance lessons will be housed in the festival.

Details for the lineup of the K-Pop groups that will attend the event is yet to be announced.