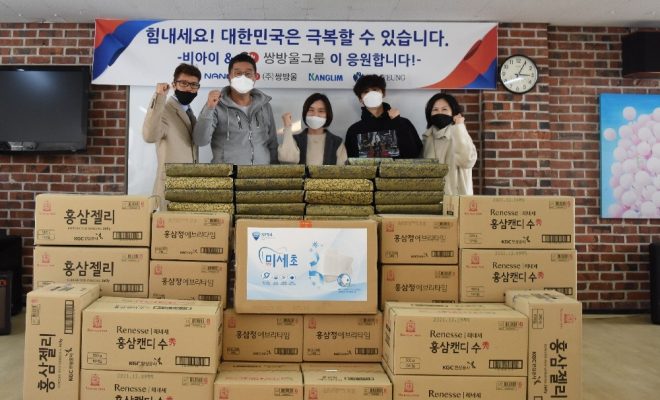 iKON’s B.I has made his first public appearance since 2019 – and at such a heartwarming happening, too!

iKON’s B.I, or Kim Hanbin, teamed up with the clothing manufacturing company SBW Group to personally deliver masks, food,  health products, and underwear donations to Shinmangwon, as revealed on March 10! 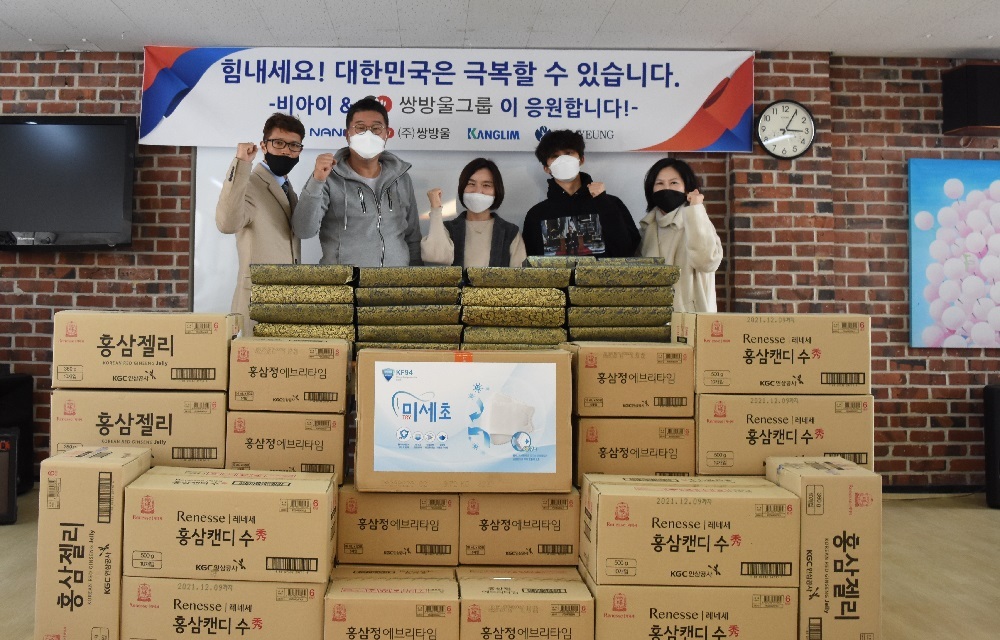 The rapper has appeared in public for the very first time this 2020, and it is for something that reflects the kindness of and is very close to his heart.

On a photo shared by News1, the idol joined the staff of SBW Group who personally delivered the donations of several daily necessities needed in the midst of the Coronavirus outbreak in South Korea to Shinmangwon.

“Cheer up! Korea can overcome it. B.I and SBW Group are rooting for you,” the banner behind them in the photo said. According to reports, the delivery of the donations took place on March 6.

Shinmangwon is a childcare facility located in Yangpyeong, Gyeonggi-do, which SBW Group had been continuously supporting not just with donations of commodities but also with the volunteer work that they had been doing for years.

This is in line with the mission of SBW Group’s chairman Kim Seong Tae, who takes importance in having the company fulfill its obligations in helping the underprivileged members of the society.

The company has also shown their support and care for the children in Shinmangwon consistently – and in fact, they were belatedly revealed to have held a Christmas party at the facility together with Hanbin in 2019.

Making the event even more special, the rapper was even shared to have dressed up as Santa Claus for the children.

Another notable point about the donation is that due to purchasing masks becoming more difficult due to the outbreak, SBW Group personally helped Hanbin produce the masks donated.

These masks were the same as the ones Hanbin purchased for and privately donated to his fans all over the world, which amounted to a total of 100,000 masks, as revealed earlier in February.

Hellokpop, as an independent Korean entertainment news website (without influence from any agency or corporation), we need your support! If you have enjoyed our work, consider to support us with a one-time or recurring donation from as low as US$5 to keep our site going! Donate securely below via Stripe, Paypal, Apple Pay or Google Wallet.
FacebookTwitter
SubscribeGoogleWhatsappPinterestDiggRedditStumbleuponVkWeiboPocketTumblrMailMeneameOdnoklassniki
Related ItemsB.IHanbiniKONkim hanbin
← Previous Story Taeyeon Postpones Comeback Following News Of Her Father’s Sudden Passing
Next Story → K-Pop Comeback Spotlight: ITZY – 2nd Mini Album “IT’z ME”