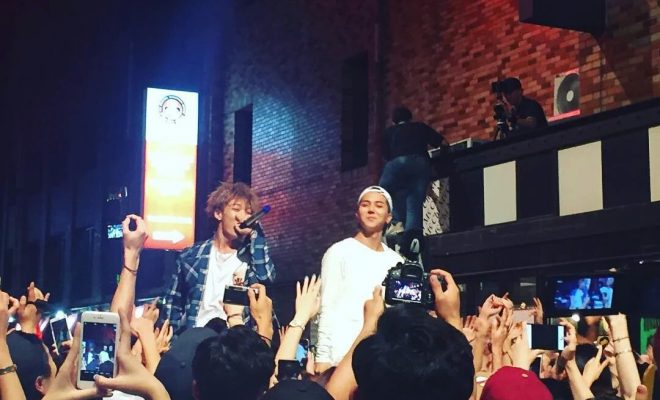 iKON’s Bobby And WINNER’s Mino To Drop A Collaboration Song?

Fans have spotted Bobby and Mino in Itaewon!

iKON’s Bobby and WINNER’s Mino will be releasing a collaboration track soon. According to a rep from YG Entertainment on August 11, the two are currently in the final stage of working on the new song. They finished their music video filming on August 5th and 6th.

The rep continued: “We cannot disclose the detailed content about the new track, but it is in the final stage of production now,” stressing that the release date is still up in the air.

According to media outlet Osen, they both have filmed at two separate occasions in Itaewon, Yongsan-gu, Seoul and other places on August 5th and 6th. In addition, they held a guerrilla performance on the 5th in Itaewon and performed Go, Fear, and Okey Dokey.

Hellokpop, as an independent Korean entertainment news website (without influence from any agency or corporation), we need your support! If you have enjoyed our work, consider to support us with a one-time or recurring donation from as low as US$5 to keep our site going! Donate securely below via Stripe, Paypal, Apple Pay or Google Wallet.
FacebookTwitter
SubscribeGoogleWhatsappPinterestDiggRedditStumbleuponVkWeiboPocketTumblrMailMeneameOdnoklassniki
Related ItemsBobbyfearGoiKONMinoOkey DokeySong MinhoWinner
← Previous Story GOT7 Brings Down The House In Front Of JYP Entertainment Building
Next Story → BLACKPINK To ‘Whistle’ And ‘Boombayah’ On ‘Inkigayo’ Stage