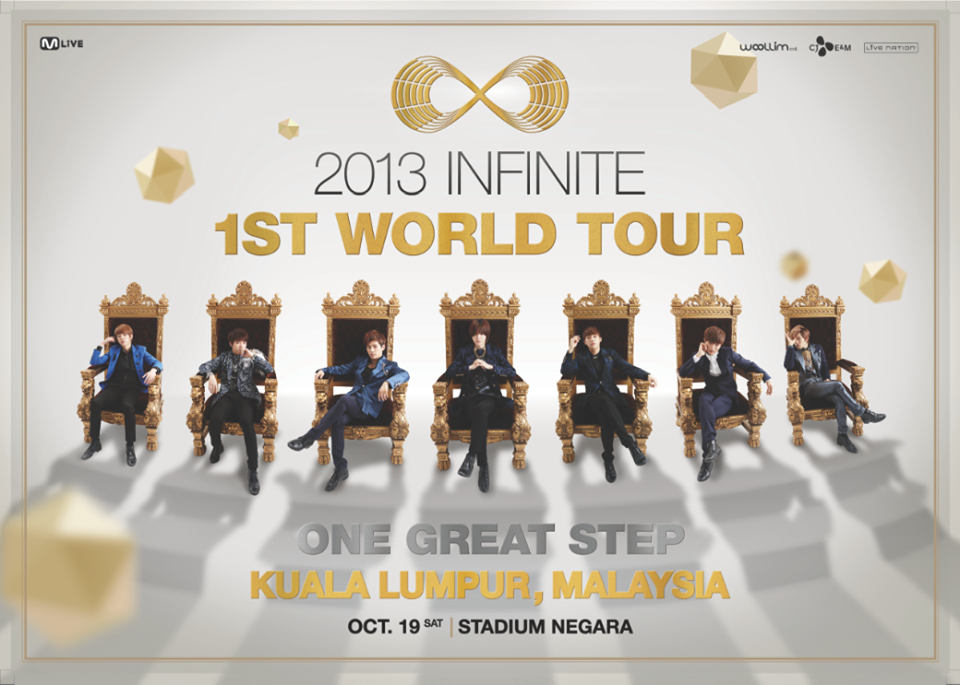 INFINITE confirms Malaysia as one of their stops for ‘One Great Step’!

The wait for Malaysian Inspirits is finally over! Woollim Entertainment has finally announced that INFINITE will be stopping by Malaysia for their very first concert world tour 2013 Infinite First World Tour One Great Step organized by IME Productions. The concert will be held at Stadium Negara, Kuala Lumpur on the 19th October.

Infinite is well known for their highly synchronized and powerful dances, such as their iconic ‘Scorpion Dance’ in their Before the Dawn (BTD) performances. Additionally, the idol group has recently won the 20’s best Global Touring Artist Award at the 2013 20’s Choice Awards which gives more reasons for avid Kpop fans to not miss the opportunity to attend the concert. 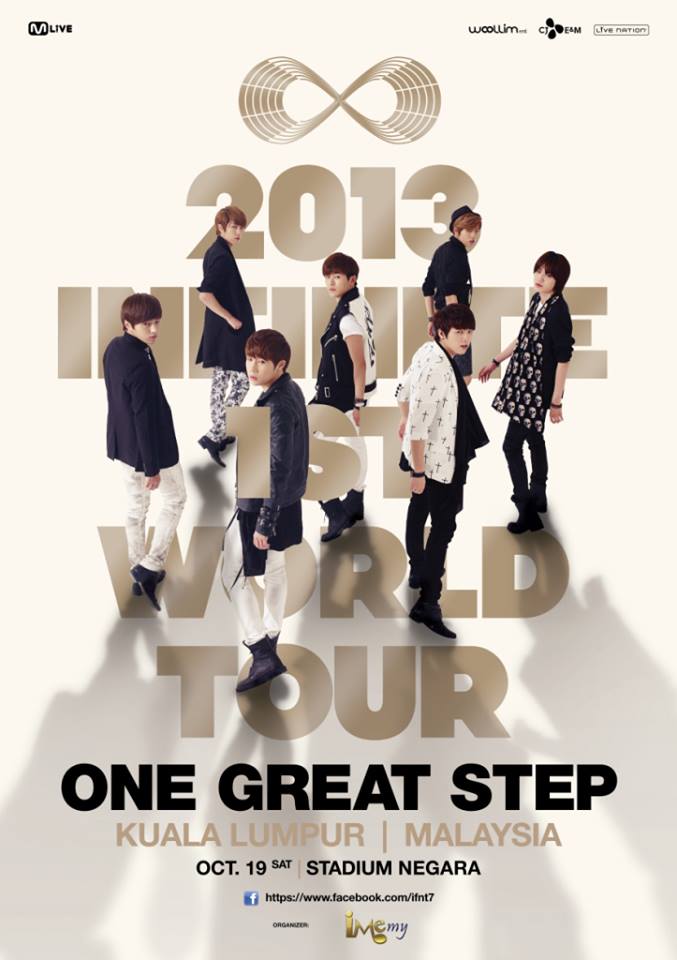 INFINITE will start off their stepping stone in Seoul this August, and continue their journey at Hong Kong, Indonesia, Japan, Singapore and other parts of the world.

Tickets details are yet to be released, please stay tuned to hellokpop for more concert updates and details!