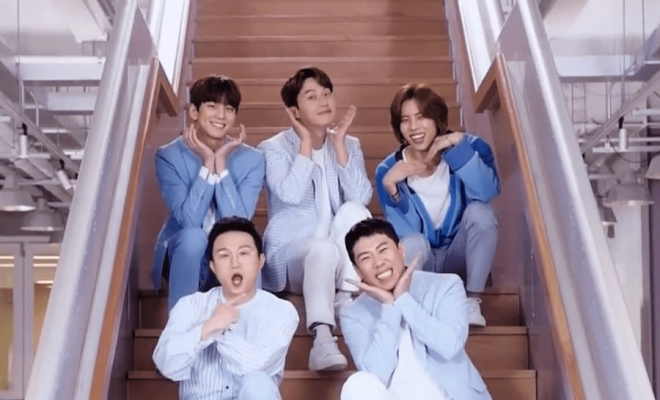 You’d think it was a dream – but this new MBC romance variety show will pair up five of your favourite male celebrities with non-celebrity women, for real! 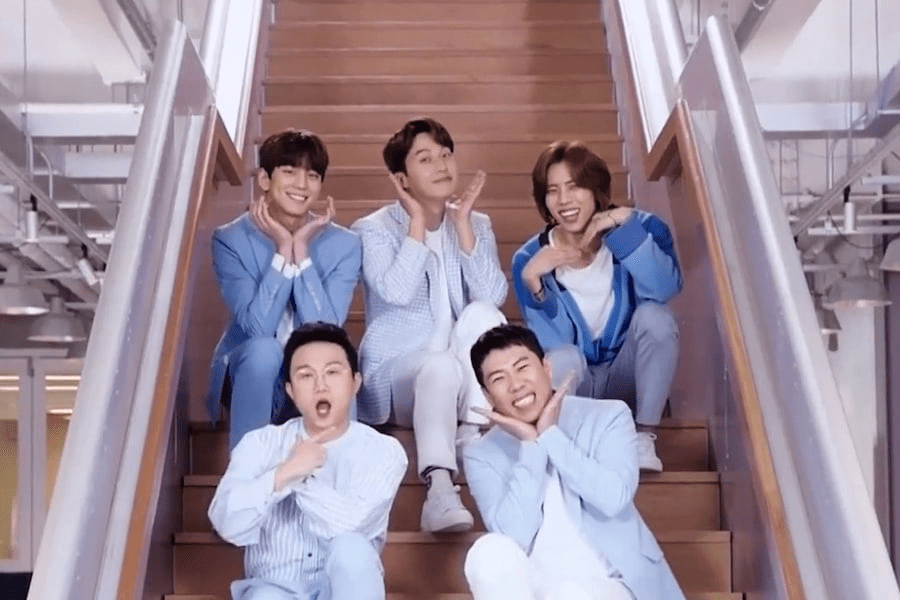 Titled Fool’s Romance, MBC’s new show will see five male celebrities together, who are on the lookout for love with five non-celebrity women; who are sick of their daily routines. The romance variety program will have them go on a group trip and follow their adventures henceforth, with eyes out for signs of budding romances.

Who are these five male celebrities joining the show and meeting those lucky women?

MBC had revealed that they are none other than INFINITE’s Dongwoo, actor Kim Min Kyu, and comedians Heo Kyung Hwan, Park Sung Kwang, and Yang Se Chan!

The television network already shared commercial-like teasers for Fool’s Romance, featuring the recruitment of the lucky female cast members. Not only did the men show their fun side in it as encouragement, but the teasers also hinted on how maybe – just maybe – things can lead to something more.

With a cute and exciting concept, Fool’s Romance is expected to air around mid-March this year.

Watch the teasers for Fool’s Romance below:

Do you wish you could be one of the lucky women joining MBC’s new romance variety show Fool’s Romance too? Let us know by leaving a comment below, giving us a holler on Facebook, or tweeting us at @hellokpop!