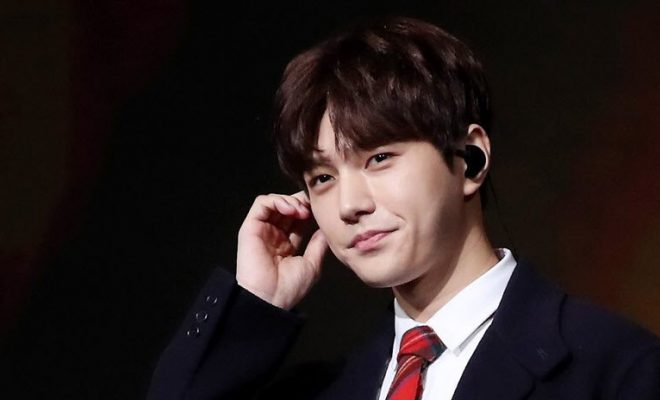 INFINITE’s L will be spreading his wings further somewhere else as he announces his departure from Woollim Entertainment.

INFINITE’s L personally penned a letter to fans on August 19 to announce that he is leaving Woollim Entertainment. 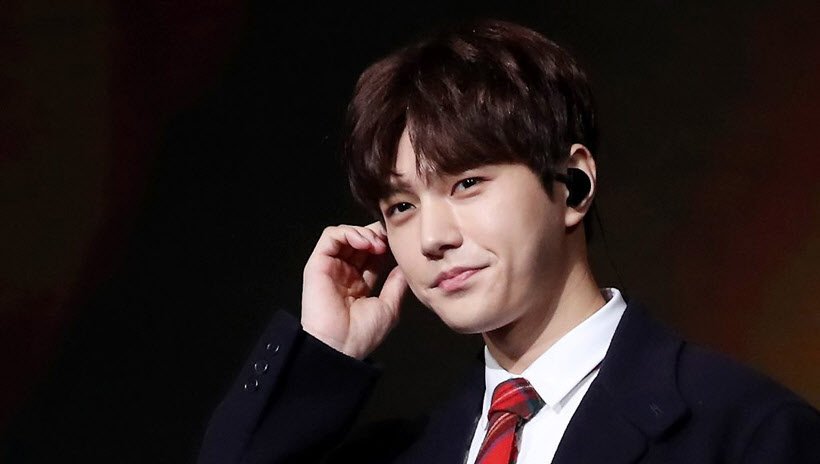 After nearly ten years, the idol-actor has made the difficult decision of flying from the place he called his home to start a new adventure on his own.

Through his official Instagram account, L posted a letter he penned himself to break the news to his dear INSPIRITs.

“I want to bow my head in apology for greeting you for the first time in awhile with this unfortunate news. I also want to thank everyone for always giving me warm support. My heart feels heavy at the thought that this news that I am going to share might hurt INSPIRIT, who have always loved me generously,” he began.

“My contract with Woollim has officially expired last week and after thinking a lot, I made a difficult decision. After a long deliberation, I have decided to stand on my own. I felt that I need a new challenge in my life, and I am now going to start the new challenge,” L shared.

“For a long period of ten years that I spent in Woollim beginning from my trainee days through my debut until now, I felt and learned a lot as I grew up.
I think time passes very quickly,” he reminisced as well.

“It is difficult to describe in words how much strength the INFINITE members and INSPIRIT have given me since our debut until now,” he added.

“Although from now on, we’ll be together somewhat differently in forms and ways than before, there is no change in the trust that we will support each other and be together,” L stated in good faith.

He also expressed his gratitde to head Lee Jung Yeop, vice president Lee Ji Young, and all of his Woollim family. He noted that they have allowed him “to have unforgettable and valuable times and happiness”. “Just like how you have supported me, I will work hard with a grateful heart to greet you after improving further,” L said as well.

The idol-actor also consoled fans by clarifying that he will still – and always – be a part of INFINITE no matter what. “In addition, I can continue with the INFINITE members, and I am going to do my best to be with the members at any place when I am needed,” he said.

“Again and again, I sincerely thank INSPIRIT, who have believed in me and given me warm and great love.
I will work my hardest to greet you soon with greater improvement,” he concluded his letter, greeting everyone with his real name Kim Myung Soo. 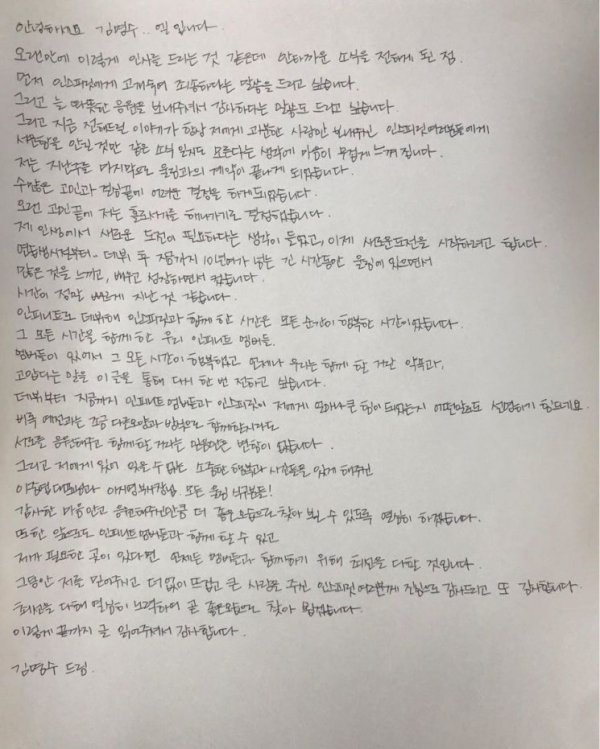 READ: INFINITE’s L And Shin Hye Sun Are Grateful For The Love Their Drama Is Getting