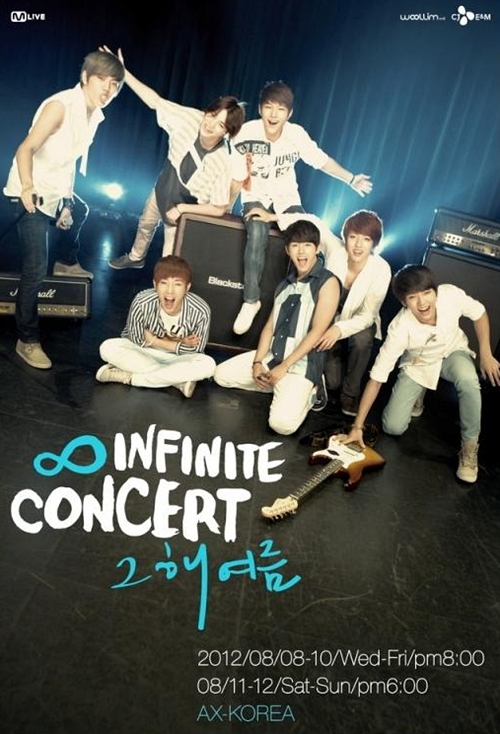 On July 13, CJ E&M hosted a press conference in regards to the success INFINITE received for the ticket sales of the INFINITE CONCERT That Summer.

Representatives from CJ E&M revealed that tickets for INFINITE’s anticipated concert sold out within 15 minutes of availability and that approximately 80,000 fans attempted to get their hands tickets, causing the server to shut down. However, only 2,000 lucky fans are able to attend the 5-day summer concert at AX-KOREA.

Meanwhile, INFINITE is set to perform at the 2012 Summer Sonic music festival on August 18 in Tokyo and August 19 in Osaka.

Hellokpop, as an independent Korean entertainment news website (without influence from any agency or corporation), we need your support! If you have enjoyed our work, consider to support us with a one-time or recurring donation from as low as US$5 to keep our site going! Donate securely below via Stripe, Paypal, Apple Pay or Google Wallet.
FacebookTwitter
SubscribeGoogleWhatsappPinterestDiggRedditStumbleuponVkWeiboPocketTumblrMailMeneameOdnoklassniki
Related Items2012 Summer SonicAX-KOREACJ E&MINFINITEINFINITE CONCERT That SummerOsakaTokyo
← Previous Story BEAST releases ‘Midnight Sun’ teaser images
Next Story → MTV World Stage Live in Malaysia 2012 smashes attendance records