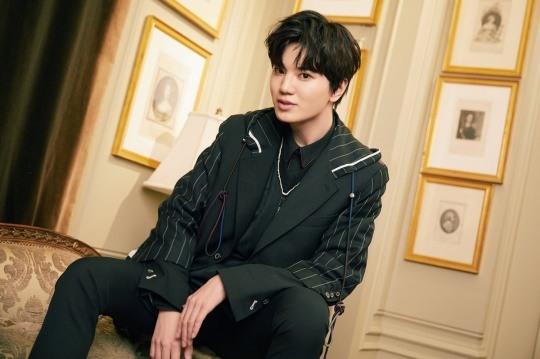 By Marty | May 8, 2021
FacebookTwitter
SubscribeGoogleWhatsappPinterestDiggRedditStumbleuponVkWeiboPocketTumblrMailMeneameOdnoklassniki

Lee Sungjong is coming back to his fans after getting discharged from the military.

Since 22 July 2019, the idol had been working as a public service worker as part of serving the mandatory military service. After faithfully fulfilling it for about a year and 10 months, he finally returns to his fans.

Sungjong expressed he felt sorry for not being able to talk to Inspirits before he left. He also said that he will repay them with different contents. He promised to meet the fans through his future activities and expressed his gratitude to them for waiting all this time.

Sungjong made his debut as a member of INFINITE in 2010. The group gained popularity by releasing numerous hit songs such as “Be Mine”, “The Chaser”, “Last Romeo” and more. Also, the idols are known for their perfectly synchronized group dances.

In addition, the youngest member has been showing his entertainment skills through various programs like SBS’ Law of the Jungle in Tonga, Channel A’s Sales King TV and others. He also showcased his acting skills through SBS short-form drama Mysterious Nurse. He took on the challenge and was recognized for his competence as an all-round entertainer.

From August 2018 until his due enlistment in 2019, he took on the DJ role of EBS radio Midnight Black and received a lot of love from listeners.

Lee Sungjong is planning to meet with his fans through Naver V Live on May 9 at 5 PM KST as a way to commemorate his military discharge.