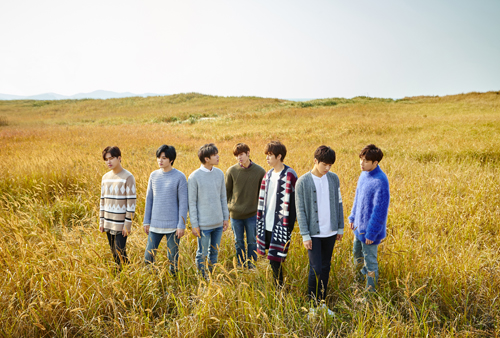 INFINITE To Dedicate New Album “For You” To Fans

INFINITE will be releasing a new Japanese album titled For You after a break of two years and six months since its first Japanese album When I Fall In Love.

The boys are set to dedicate this coming album to their beloved fans, with the word ‘You’ referring to INSPIRIT. The song For You, which they revealed during their recent world tour 2015 INFINITE 2nd World Tour INFINITE EFFECT, will also be included in the new album. 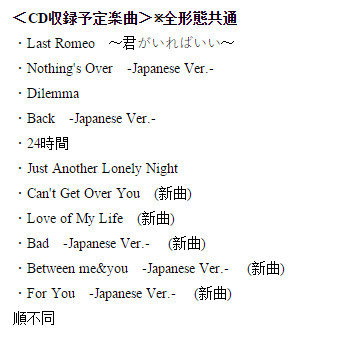 The CD will consist of 11 tracks, including their past tracks; Last Romeo~ I Only Need You, Nothing’s Over, Dilemma, Back, 24 Hours, Just Another Lonely Night, and five new tracks; Can’t Get Over You (produced by Japanese music producer Matsuo Kiyoshi), Love of My Life (written by Ryuichi Kawamura of Luna Sea), and the Japanese versions of For You, Bad, and Between Me & You.

The album is slated for release on December 16.

74
SHARES
FacebookTwitter
SubscribeGoogleWhatsappPinterestDiggRedditStumbleuponVkWeiboPocketTumblrMailMeneameOdnoklassniki
Related Items24 hoursBackBadBetween Me & YouCan't Get Over YouDilemmafor youINFINITEINFINITE EFFECTInspiritJust Another Lonely NightLast Romeo~ I Only Need YouLove of My LifeNothing’s Over
← Previous Story Jay Park’s ‘WorldWide’: One Of The Most Anticipated Albums This Season
Next Story → BTS To Show Fans ‘The Most Beautiful Moment in Life Pt. 2’ In November