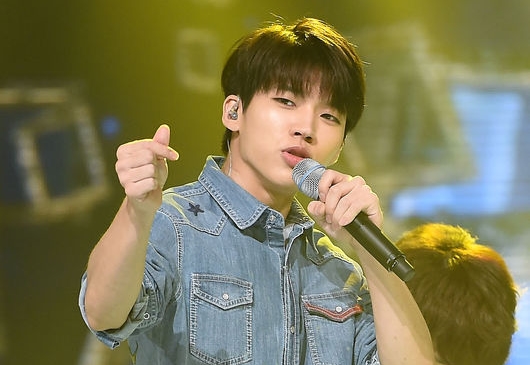 Infinite’s Woohyun is coming out all by himself for the first time.

On April 6, Infinite‘s agency Woollim Entertainment confirmed the following report to media outlet OSEN: “It is true Woohyun is preparing for his solo album. It is aimed for mid-May but specific date has not been set. He is diligently preparing for his first solo album.”

Following group leader Sunggyu who made his solo debut last year, Woohyun will be the second member to come out as a solo artist. Other group members have also teamed up for their own respective sub-units.

Woohyun is also in a duo group Toheart with SHINee‘s Key.

Hellokpop, as an independent Korean entertainment news website (without influence from any agency or corporation), we need your support! If you have enjoyed our work, consider to support us with a one-time or recurring donation from as low as US$5 to keep our site going! Donate securely below via Stripe, Paypal, Apple Pay or Google Wallet.
234
SHARES
FacebookTwitter
SubscribeGoogleWhatsappPinterestDiggRedditStumbleuponVkWeiboPocketTumblrMailMeneameOdnoklassniki
Related ItemsINFINITEKeySHINeesoloSunggyuToheartWoohyun
← Previous Story Park Bo Ram To Return With A New Album
Next Story → CNBLUE Members Suit Up Elegantly For New Japanese Album