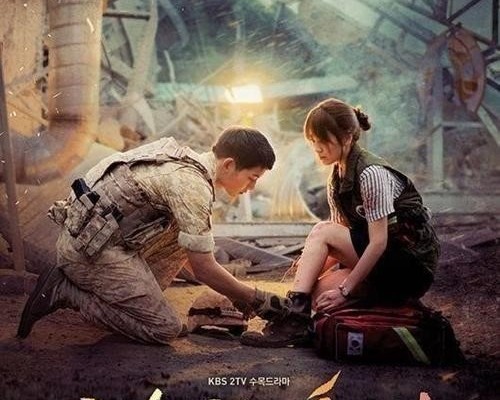 The Magical Ingredients Of ‘Descendants Of The Sun’ Success

It is always a common boring story of a male hero falling in love with a beautiful female lead in any background. But ‘Descendants of the Sun’ added more than viewers can imagine, the experts speak.

To stimulate a better imaginative plot, the drama’s co-writer Kim Eun Sook, who is also the writer behind the hits ‘Lovers in Paris’, ‘Secret Garden’ and ‘The Heirs’, took a different melodramatic angle in portraying a plot of romance, humanism and justice, rather than the usual predictable stories.

Read: Song Joong Ki Reveals Why He Does Not Use SNS

“At a time when Korean melodramas are said to have been losing steam, ‘Descendants of the Sun’ boasted a great quality. Set in the fictional country of Uruk, the drama series brought fantasy together with a number of different genres to create a high quality production”, said popular culture critic Chung Duk-hyun.


Kyung Hee University professor Lee Taek-gwang took it at the social stance of justice, as he said, “Because honesty and righteousness are so rare in this society, viewers seek vicarious satisfaction in ‘Descendants of the Sun.”

He added, “Yoo Si-jin (potrayed by Song Joong-ki), in particular, refuses to submit to his superior’s irrational and unjust orders, but this is not an option for today’s youth.”