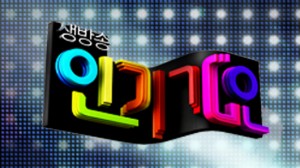 Inkigayo has decided to abolish its Mutizen Song award system. On the 15th of July, the decision was conveyed to the viewers through a broadcast.  The Mutizen Song Award is based on criteria such as album sales, downloads, netizen votes and number of searches to determine the rankings of the artistes and the winner each week. An SBS Entertainment representative has given the reasons behind the revamp, citing:

“Progress made by the artistes as being bounded by the existence of rank. With the obliteration of excessive competition amongst the fans, music can be enjoyed more wholeheartedly. More varied stage compositions can also be expected”.

With Inkigayo’s announcement, KBS’s Music Bank remains the only music program from the three major broadcasting stations to retain its award system. MBC’s Music Core abolished its award system in 2006.