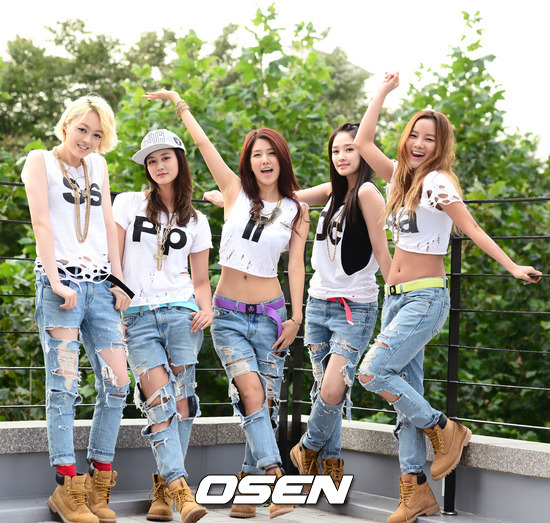 Interview: SPICA talks about their comeback and lip-sync

[Translated Interview] It’s as if we’re looking at a 5-member version of SES. Rookie girl group SPICA has returned with the 90’s fashion of belly button showing shirts and torn jeans.

SPICA has made a comeback with the song titled I’ll Be There, a message that will deliver hope like the girl groups in the 90’s did. It is a complete different image potrayed from their previous albums with Russian Roulette and Pain Killer. SPICA is one of the rookie girl groups who showed pretty appearances along with perfect vocals, therefore they are receiving much more attention than others.

Most recently, they appeal to many fans with their cute charm and song I’ll Be There. When you first see them, you can’t help but to classify them as a ‘girl group’. That is because of their short belly-showing shirts and baggy jeans, as well as their good looks that add on to that classification too.

“We are making a comeback after about 6 months. We got to rest plenty while working too. Since recently when we started working on the new production, our schedules have become a bit busier. Do we look kind of tired today?” said Yang Ji won.

The fashion concept for this song is the most eye-catching for SPICA. With shirts that show your belly, we are curious if you can even eat with having to pay attention to your outfit.

“Only 2 of our members have outfits that show their bellies. They are not the type to gain weight quickly so it doesn’t effect our eating. Normally, we eat pretty well but before going on stage, we do watch the amount as well. Since the outfits are opposite to the current fashion trend, we thought it would be awkward and worried about the response, but many people like it, so we are quite fortunate,” answered Kim Bo A.

Through TvN’s drama Reply 1997,  the music from the 90’s has been a big hit these days. From the outfits and song style, SPICA seems to be following that 90’s wave too, reminding many people of the group SES.

“We aren’t really aiming for the 90’s style. We aren’t really trying to do that but people say they get the feeling of that time period. I think we just have perfect timing. In this album, we focuse on being brighter. But we are worried that the changed concept may not be a good impression. We are working on finding each one of our charms. I think we will be active for about 5 weeks as we continue to go up on stage every time, don’t you think we will get better with the new concept?” said Park Narae.

Since the time when SPICA members were trainees, we knew that you didn’t practice bright songs. However, when SPICA sings cute songs, your vocals sound great. You also show good confidence by making a statement that lip syncing is harder than singing live. With sign of distress that is shown on your face, you strongly prove that it is true.

Recently in the spotlight of being in a relationship with Shinhwa‘s JunJin, member Park Ju hyun answered, “Singing live while dancing is quite a hard task. Honestly speaking, the songs Russian Roulette and Pain Killer don’t have many difficult dance moves. But this time, there are a lot of steps so we thought on how we can deliver a perfect live performance. To show a perfect performance to many people, we tried to practice by lip syncing but our facial expressions are just too awkward and we couldn’t get used to it ourselves.”

Starting with this song I’ll Be There, SPICA is determined to show performance with the best live vocals. They explain their goals for SPICA.

“Right now as a rookie girl group, it is our biggest goal to let people know more about us, SPICA. When we first debuted, debuting was our goal, but now to keep this singing career for as long as possible, the required features needed is our next homework. Since we are rookies who debuted this year, we are also dreaming for the new rookie award too. (laughs)” answered Kim Bo Hyung. 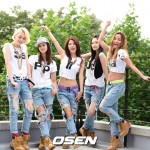 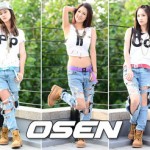 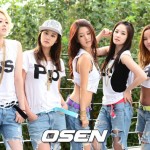