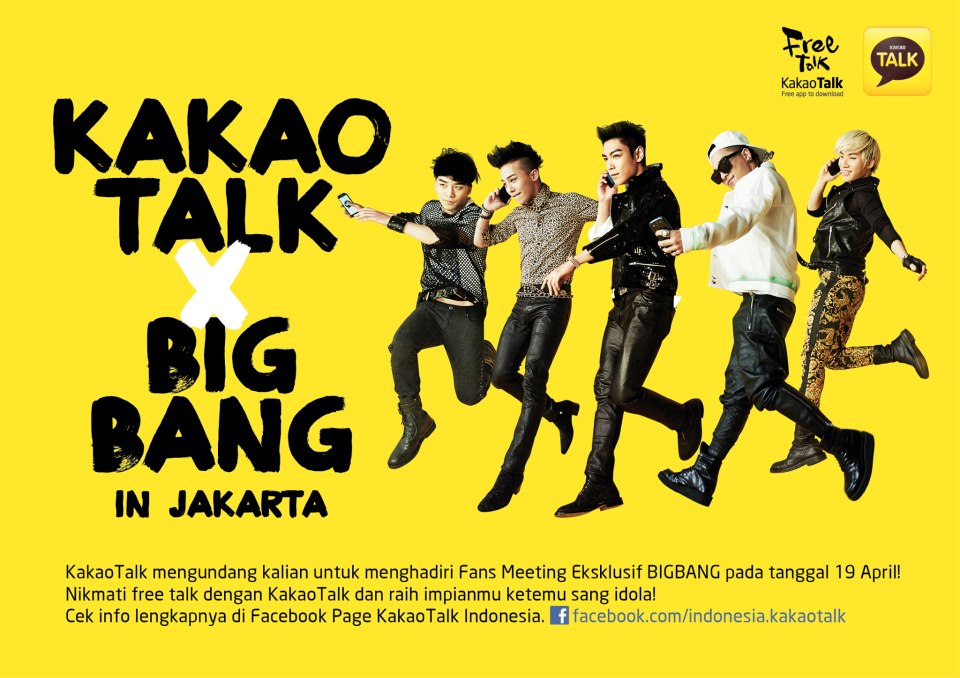 Big Bang is going to visit Indonesia for the second time, for KakaoTalk fanmeeting at Jakarta International Expo C Hall on April 19.

KakaoTalk Indonesia confirmed the event on its official Twitter account. It tweeted, “Big Bang fan meeting with KakaoTalk! Follow the instruction on this link” and it’s followed by a link for further information.

Big Bang has been chosen as a model for free mobile messenger application KakaoTalk. As mentioned previously, Big Bang endorses KakaoTalk in Vietnam and Indonesia.