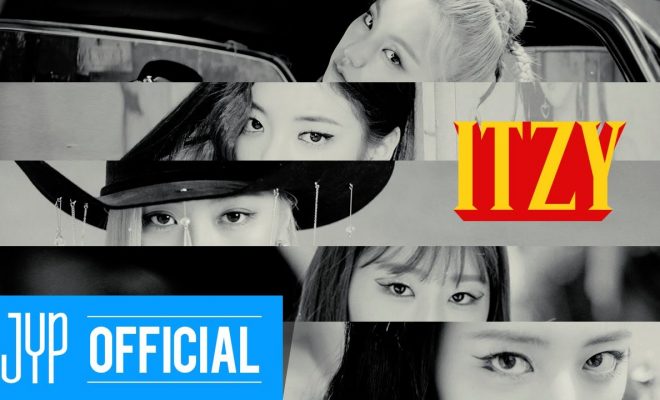 ITZY makes a grand announcement for their comeback title track and date!

Initially rumored for a July comeback, ITZY announced on July 31 at 12 am KST that their newest release drops August 17. The group unveiled a teaser poster and a video across SNS channels, revealing their title track called, “Not Shy”.

The teaser poster hints towards ITZY’s most unique comeback to date. Featuring only a lone auto supply store in the middle of the desert, the grainy black and white poster revealed their Western-film inspired concept.

The members boast their signature confidence, walking throughout a deserted town. Notably, ITZY’s faces are on “WANTED” posters taped on building walls. The trailer film ends with a thrilling chase scene through a desert, as the members drive after what looked like a mail truck.

Both the poster and the teaser video hint towards a more cinematic concept for ITZY. Using inspiration from the Western film genre, the group promises a grand spectacle in store.

Meanwhile, ITZY shows their growing global and domestic influence as the ambassadors for Korea Tourism Organization. Their role marks another impressive feat as they continue rising as one of the current top girl groups at the forefront of the industry.

Hellokpop, as an independent Korean entertainment news website (without influence from any agency or corporation), we need your support! If you have enjoyed our work, consider to support us with a one-time or recurring donation from as low as US$5 to keep our site going! Donate securely below via Stripe, Paypal, Apple Pay or Google Wallet.
FacebookTwitter
SubscribeGoogleWhatsappPinterestDiggRedditStumbleuponVkWeiboPocketTumblrMailMeneameOdnoklassniki
Related ItemsitzyITZY comebackITZY not shy
← Previous Story K-Pop Comeback Spotlight: Eric Nam Captivates Listeners In “The Other Side”
Next Story → EXO’s Baekhyun To Kick Off New SM Station Project With BoA’s “Garden In The Air”