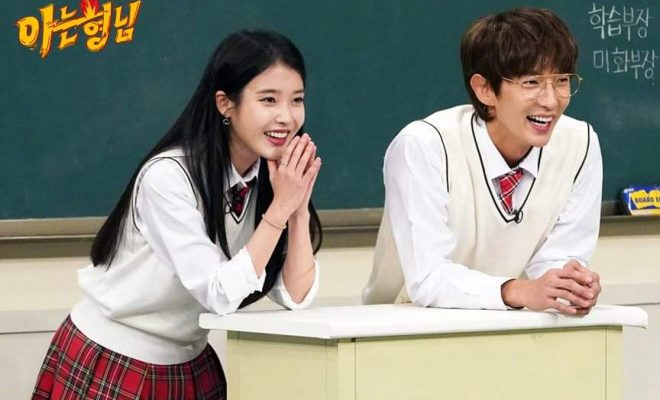 IU and Lee Joon Gi were in their sunny elements when they visited jTBC’s Knowing Brothers on its October 20th broadcast.

Not taking much time to settle in, IU and Lee Joon Gi blended well to the comic and witty members of the television program right off the bat.

Known to be a doting artist to her fans, IU, who has been promoting her 10th debut anniversary, chose to appear in the program to treat her loyal fans with something fun that she could do for them. 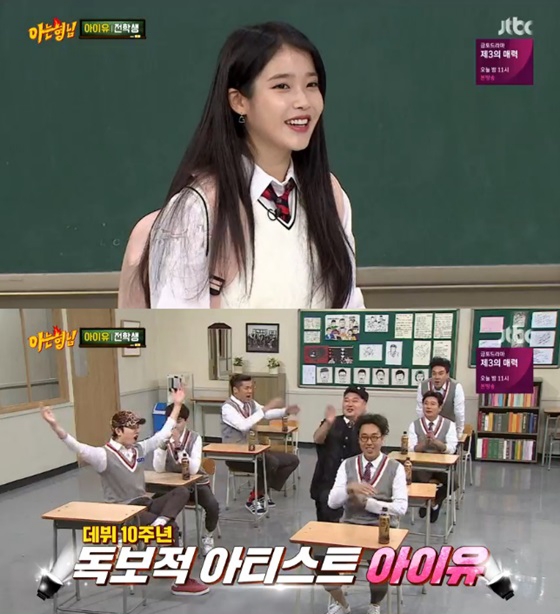 She revealed an interesting story about her debut year in Star King, a program hosted by Kang Ho Dong years ago. She said she was not able to speak at all, and has vowed since then by writing on her diary that she will become successful someday.

Cutely adding fuel to the fire, the rest of the members teased Kang of his treatment with IU when she was just a rookie, which motivated her to become one of South Korea’s biggest solo performer at present.

After warming up with the boys, IU remarked how she brought in a guest to which the members whined loudly, citing they only needed her for the show, making the actress-singer giggle.

On cue, popular actor Lee Joon Gi emerged from the door as another guest “transfer student” for the show, complete with a black coat, reminiscent of a poignant scene in their drama Moonlovers: Scarlet Heart Ryeo. 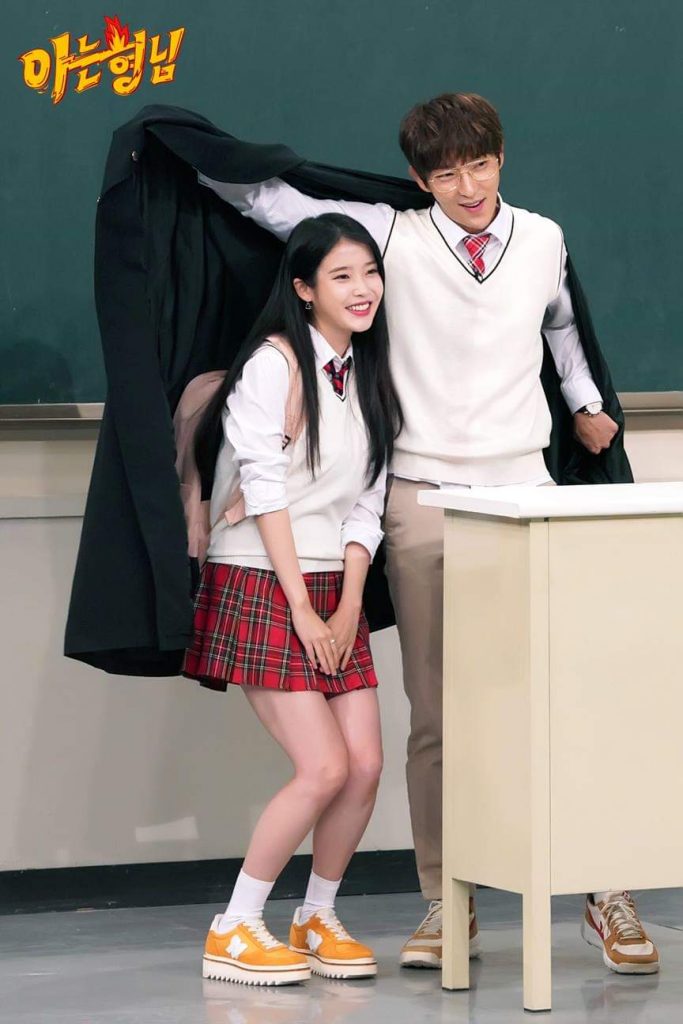 IU shared that she worried about how she might bore the audience, so she asked for Lee’s permission and had him decide within a week. But out of his strong friendship with IU, he affirmed his appearance in two days to the production team of Knowing Brothers.

When Hee Chul asked Lee Joon Gi about how he was cast in renowned film The King and the Clown, the actor responded the tough audition procedure, which lasted a month for aspiring actors back then.

A stunt he pulled off eventually became the deciding factor for him to get the role, and it was even used in the movie. He surprised the members when he effortlessly replicated the same arm stand-leg-spread stunt. 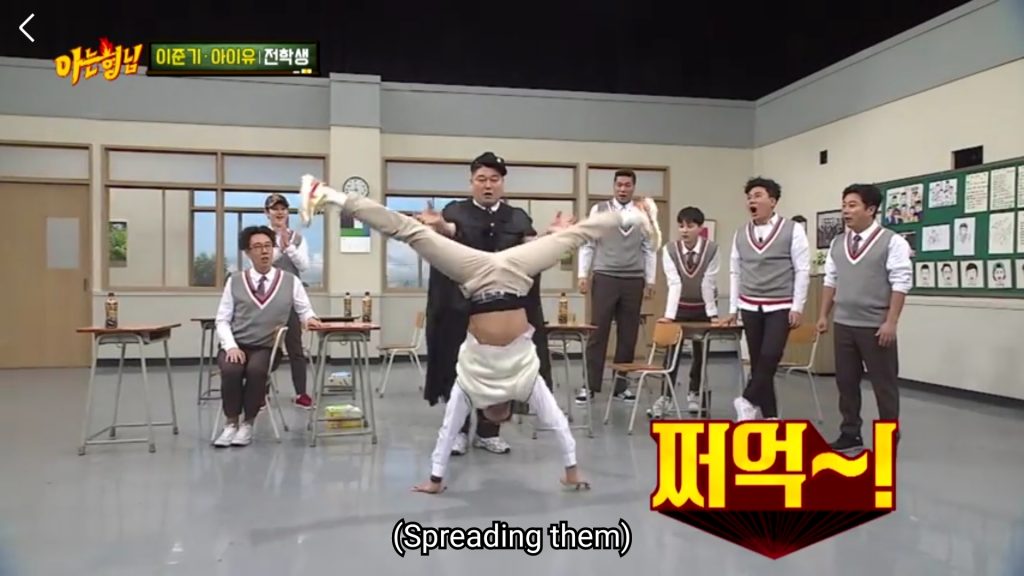 Talking about IU’s “en-encore” mentality of being generous for fans in her concert, Lee backed up the singer-songwriter’s genuine warmth to please her fans.

He shared how when he attended in one of her concerts, it would usually last for three hours, but the encore seemed to run for about two more hours, with IU still obliging to her avid followers’ song requests.

Right on cue, Kang Ho Dong and the rest of the members pleaded for her to perform a mini-concert. IU agreed to the spontaneous request and sang a medley of some of her famous tracks by the request of the brothers, including “Through the Night”, “The Meaning Of You” and “Autumn Morning”.

Out of the blue, Kang asked IU if she liked herself right now. IU coolly responded to the question by saying how she used to not like herself, but she has recently learned to embrace herself, and is happy she is not jealous of anyone. She added how she would want to live her life right now in her next life.

The members transformed to her groupie as she taught them how to do the fan chant for a quick run of her song “You and I”.

IU expressed her dream of being put into tears at a moment of her life that she is happiest. She also revealed that she is not good with directions.

Meanwhile, Lee Joon Gi, who has shown his impressive strength and flexibility, admitted to his inability to sing “Baby Shark”.

IU and Lee Joon Gi also displayed their impressive head-stand and leg-splitting skills, amazing the members. The two also played with the show’s mainstays; with the bottom-race suggested by Lee.

The two will continue to charm their supporters at the second part of their guesting on the October 27th broadcast of Knowing Brothers, with impressive talent showcases and more witty dialogues.