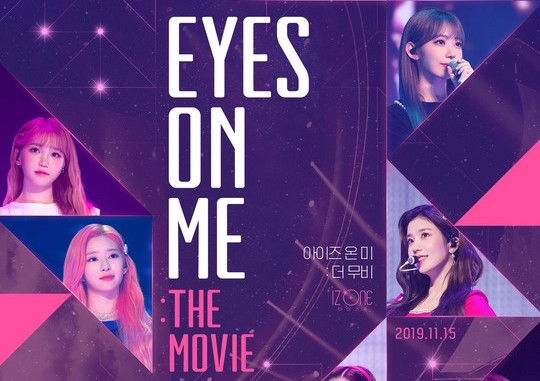 WIZ*ONEs, prepare to revisit spectacular stages and memorable interactions as IZ*ONE takes their first solo concert to your screens!

This June, IZ*ONE says “Eyes on me!” once more with the release of their much-anticipated concert movie! A new trailer has just been released—and WIZ*ONEs can now mark their calendars and begin countdowns to the release date. 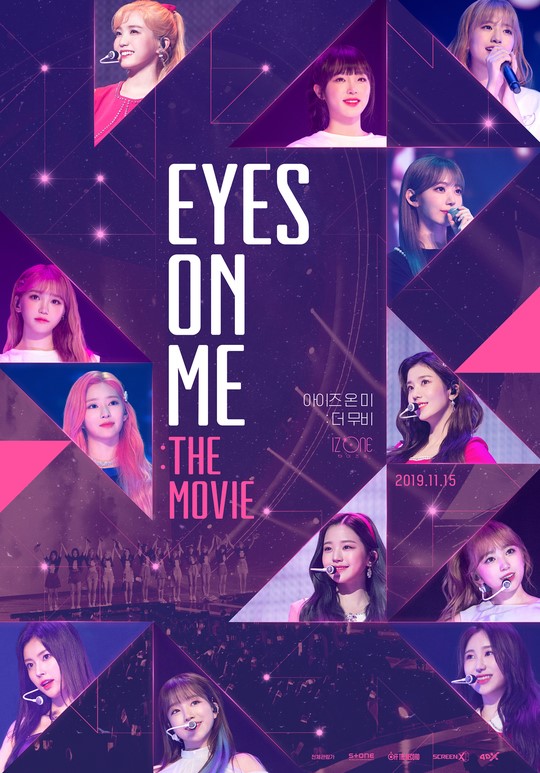 In a new trailer released by ScreenX, Eyes On Me: The Movie is announced to be slated for release on June 10. The trailer gave fans a glimpse of IZ*ONE’s pre-show preparations, which includes energetic cheers and lots of practice, before taking the stage at Seoul’s Jamsil Indoor Stadium.

The trailer may also pull on a few heartstrings for WIZ*ONEs, as members share their thoughts about being able to take the stage on their own for the first time.

As the title suggests, Eyes On Me: The Movie documents their preparations as well as their performances during their first solo concert at Jamsil Indoor Stadium. From June 7 to June 9, 2019, the group serenaded 18,000 WIZ*ONEs with hit songs and tracks from their Produce 101 days.

The movie was initially slated for release on November 2019, but had to be postponed due to controversy over the Produce series. According to ScreenX, Eyes On Me: The Movie will only have a domestic run in CGV ScreenX, 4DX, 4DX with ScreenX, and 2D theaters.

FacebookTwitter
SubscribeGoogleWhatsappPinterestDiggRedditStumbleuponVkWeiboPocketTumblrMailMeneameOdnoklassniki
Related ItemsEYES ON ME: The MovieIZ*ONEIZ*ONE 1ST CONCERT [EYES ON ME] IN SEOUL
← Previous Story NCT DREAM Tops United World Chart With “RELOAD”
Next Story → “The King: Eternal Monarch” Episodes 9&10 Take A Turn Into Rough Waters As Lee Lim And Lee Gon Confront Each Other