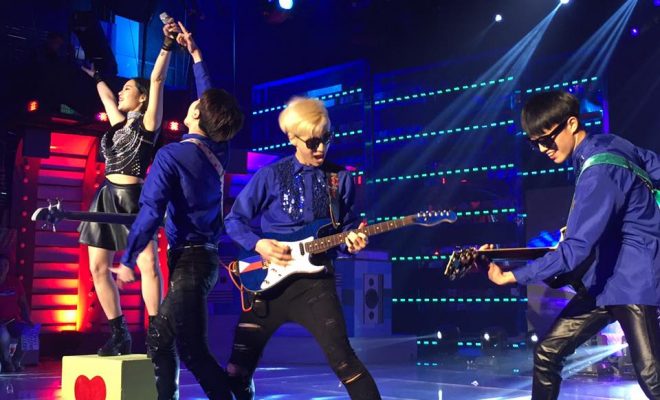 J Morning makes it to finals of “I Love OPM.”

Korean rock band J Morning recently joined a music competition in the Philippines entitled ‘I Love OPM’. On this show, non-Filipino singers from across the world audition and show their love for singing OPM or Original Pinoy Music.

Twenty-four contestants, dubbed as Touristars (a wordplay of Tourist and stars), made it to the elimination rounds.

The band first promoted in the Philippines in 2012 and catered mostly to K-pop fans. Their unique renditions of Filipino songs have impressed the show’s judges and increased the number of their fans. After a series of intense competitions against other contestants, J Morning will be competing in the grand finals tonight, April 23, 2016.

Hellokpop, as an independent Korean entertainment news website (without influence from any agency or corporation), we need your support! If you have enjoyed our work, consider to support us with a one-time or recurring donation from as low as US$5 to keep our site going! Donate securely below via Stripe, Paypal, Apple Pay or Google Wallet.
498
SHARES
FacebookTwitter
SubscribeGoogleWhatsappPinterestDiggRedditStumbleuponVkWeiboPocketTumblrMailMeneameOdnoklassniki
Related ItemsI love OPMJ Morning
← Previous Story Song Joong Ki Signs Cosmetic Ad Deal Worth 4 Billion Won
Next Story → Seventeen Party It Up In MV Teaser For ‘Pretty U’