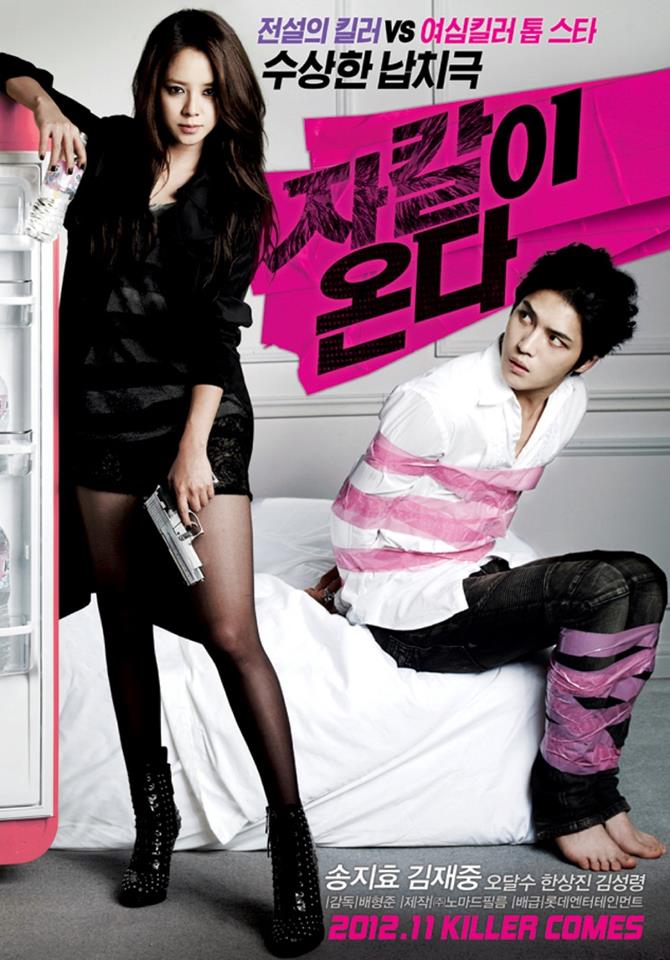 When ‘Song Ji Hyo’ is mentioned, the first thought that comes to mind is the smart ‘ace’ who is ironically slow at times on the variety program in SBS’ ‘Good Sunday’ corner, ‘Running Man’. Hailed as the national variety programme, it is indeed difficult living up to ‘Running Man’s’ reputation. Before this variety show gained popularity, Song Ji Hyo was one of the many female actresses who struggled with having to secure the role of the lead protagonist in both dramas and movies.

Song Ji Hyo’s acting portfolio has grown since her debut days and currently covers a wide spectrum. It has been a full ten years since she made her debut as a rookie actress in ‘Wishing Stairs’ in 2003, and she has since been casted in a string of historical dramas, beginning with ‘Goong’, ‘Gye Baek’, ‘Jumong’ and the historical movie ‘Frozen Flower’. Moving on to modern movies and dramas – ‘Crime Squad’ and ‘My Love for You’- Song Ji Hyo expanded her acting range with these various works. With her new movie ‘Jackal is Coming’(directed by Bae Hyeong Jun and produced by Nomad Film), much is to be expected, as the incompetent killer Bong Min Jung carries a mere 2% likeness to her image as seen on ‘Running Man’. 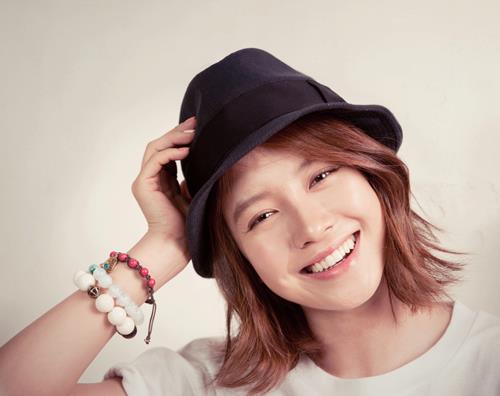 “An actress with a wide spectrum of roles? (clears her throat) I am flustered when I receive praise, haha. Actually I have heard many comments about me not being suitable to be casted in historical dramas. When I was inserted into the cast of ‘Jumong’, there was very severe opposition to that decision. But I did not want to disappoint the director who stood by me and worked even harder, ultimately obtaining good results. After filming ‘Frozen Flower’ and ‘Gye Baek’, I received praise as ‘the most suitable female actress for historical dramas’. The generous comments are the motivation to showing an appearance worthy of that, and I have been worrying about [whether or not I am doing so].”

Song Ji Hyo has thrown off the heavy and cumbersome clothes in ‘Gye Baek’ and embraces a role that is easier to play, but which is still physically demanding in ‘Jackal is coming’. From scaling walls to doing stunts with wires involved, Song Ji Hyo does most of the dangerous scenes herself without the help of a double even though the stunts carry with high risks of injury.

“ ‘Gye Baek’ was a very long historical drama, and as a queen, I had to act the part of a silent and deep character. Hence, I wanted to star in a bright and dynamic movie for the next project. In ‘Jackal is Coming’, the character Bong Min Jung is very bright, and this poses a huge challenge to me.”

In this movie, Song Ji Hyo is a hired killer who has to keep up with the target, an idol member played by Kim Jae Joong. As the female protagonist starring opposite Kim Jae Joong, the fact that she can act alongside label mate Kim Jae Joong has prompted the jealously of numerous female fans. When asked how she felt about the enviousness expressed by others, Song Ji Hyo flashes her characteristic easy-going smile and returns the question with  “Aren’t I also human?”

“I treat Kim Jae Joong, Park Yoochun and Kim Junsu as first and foremost my dongsaengs, then as top idol stars.  People who ask me “how I feel acting together (with him)?” cannot understand [how I can be casual about it]. Therefore, when I went to formal meetings, I was really surprised.  There were comments about how I could not even hold a candle to other celebrities, sasaeng fans followed me around, and it was to the extent that I felt awkward at times while  looking at my dongsaengs”.

‘Jackal is Coming’ was released in South Korea on the 15th of November, and Song Ji Hyo will be appearing next year after making preparations to meet with the audience in her next show ‘New World‘.  With a storyline revolving around a huge criminal organization, the character played is a clear departure from her usual onscreen image, depicting a complete and perfect transformation with which Song Ji Hyo can affirmably say she has widened her scope of roles.

“When I get the feeling that I have surpassed and broken down my own limitations, the sense of satisfaction is great. Therefore, I want to challenge more and more genres.  There is a completely different feel when one steps into a ‘new world’ that is different from the present.  Instead of creating a steady image, I have dreams of becoming a Song Ji Hyo who is known for having the ability to act in a variety of roles”.

From the girly Song Ji Hyo of the ‘Goong’ days to a tough and intelligent Song Ji Hyo on ‘Running Man’, this actress has already numerous successes under her belt, and will continue to shine brightly with this ability to adapt to change. Fans of these six countries would be delighted to know that their distributors have already signed for the rights for the movie even before it opened in South Korea – Japan, Thailand, Singapore, Indonesia, Malaysia and Brunei! You would be pleased to know that ‘Jackal is Coming’  to you, to your local theatres! What are you waiting for? It’s time to meet Song Ji Hyo and Kim Jae Joong in their latest comedic hit film.