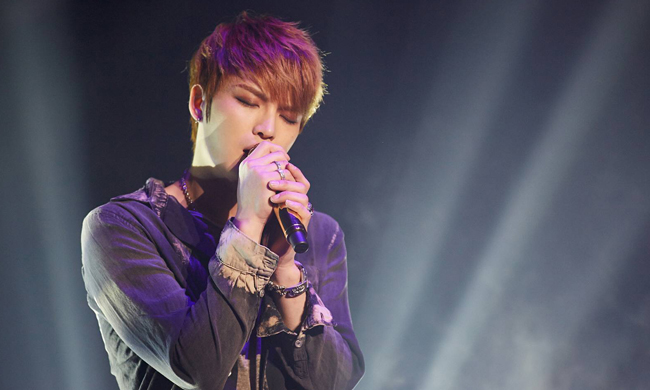 JYJ’s Jaejoong Revealed Preparing Comeback Before Military Discharge; To Hold Concerts In Korea And Japan From This Month

On December 30, JYJ‘s Jaejoong was discharged from the army after 21 months serving mandatory national military duty.

According to his agency C-Jes Entertainment, the singer will make his post military comeback to repay fans’ love and loyalty by launching his Asia tour in January.

The tour, titled The Rebirth of J, is set to take place at Korea University’s Hwajung Gymnasium in Seoul on January 21 and 22. On the following month, the heartthrob will visit Japan to meet his beloved fans in Yokohama, Osaka, and Nagoya.

Jaejoong’s agency also gave some hints on his new album. It stated: “The reason why Kim can hold the concerts so soon after being discharged is because he had been working on a new album before the enlistment.”

Meanwhile, tickets for his concerts in Korea are already been sold via Melon Ticket website since January 2.