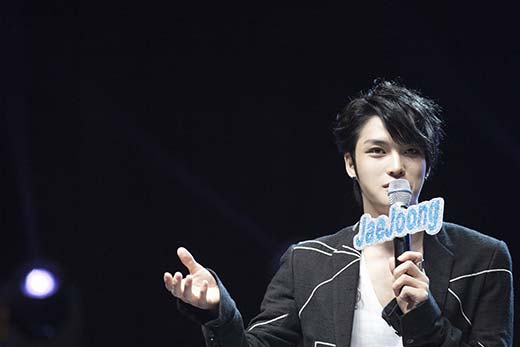 Jaejoong meets fans in Indonesia despite a bad cold 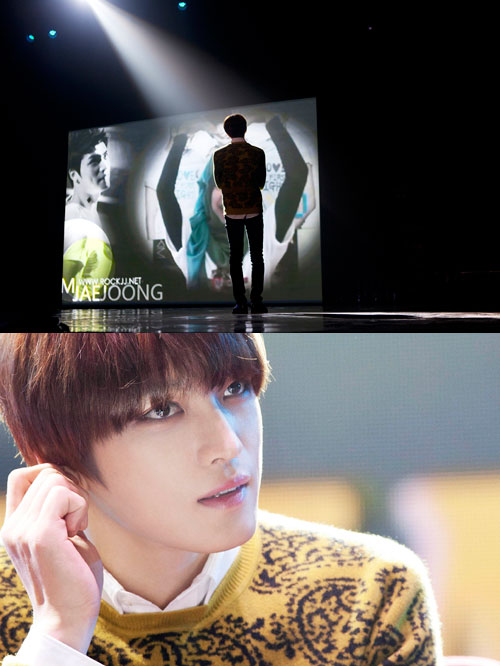 JYJ’s Jaejoong was scheduled for a press conference and fan meeting in Jakarta, Indonesia, but unfortunately all did not go well when he got struck by a bad cold and fatigue. Due to his health condition, Jaejoong was not able to attend the press conference which he was originally planned for.  Despite the poor health condition, he showed his strong determination to meet his fans by flying in Indonesia for the event.

His agency, C-JeS Entertainment told the press that:

“A day before leaving for Indonesia, Kim Jaejoong had caught a cold that affected his throat and was advised by the doctor to get rest. Thus, we discussed cancelling or postponing the event, but Jaejoong insisted on meeting with fans who had been waiting for him for a long time.”

During the fan meeting which was held on November 3 at the Mata Elang International Stadium, Jaejoong presented himself to the fans despite in his uncomfortable state when he could hardly speak much. He conversed with fans and translators mainly on using Apple iPad in a high-tech fashion style.

Later on, Jaejoong personally wrote a letter to express his feelings and thoughts for the concert, because he felt bad that he did not get to say what he had wanted to say. Despite the bad cold, he felt that he should create memories with everyone in Indonesia. The country is a place he had not been able to visit often, so he was thankful to everyone for showing love to him and JYJ. 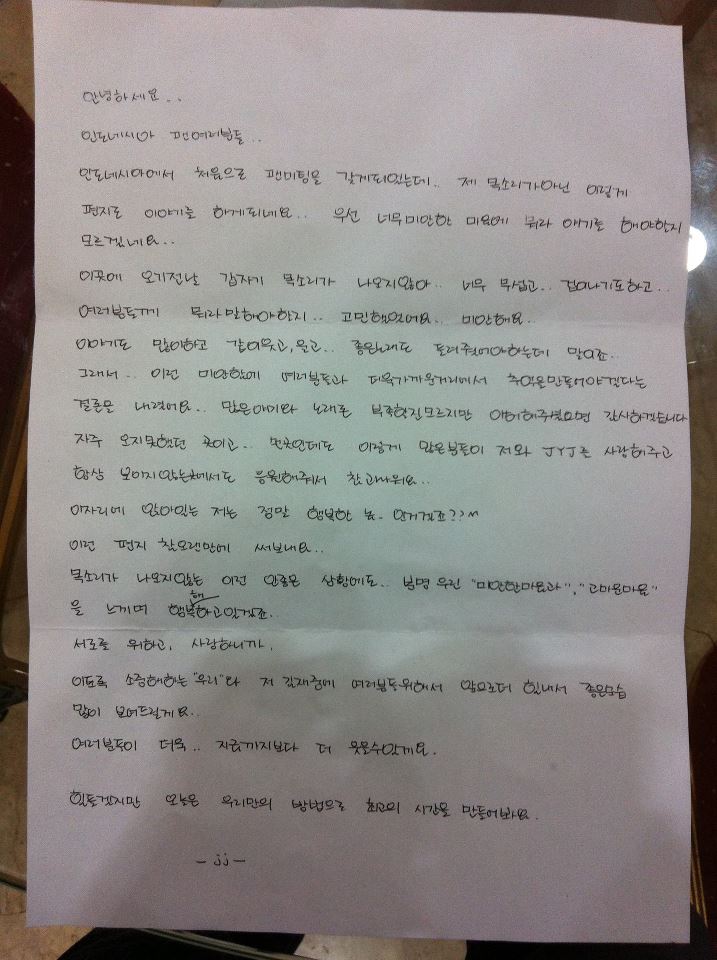 About 3,000 fans attended this event with some fans from the neighboring countries such as Singapore and Malaysia coming over to see him. Jaejoong’s last event for his Asia fan meeting tour will be held in Vietnam on the 10th of November.