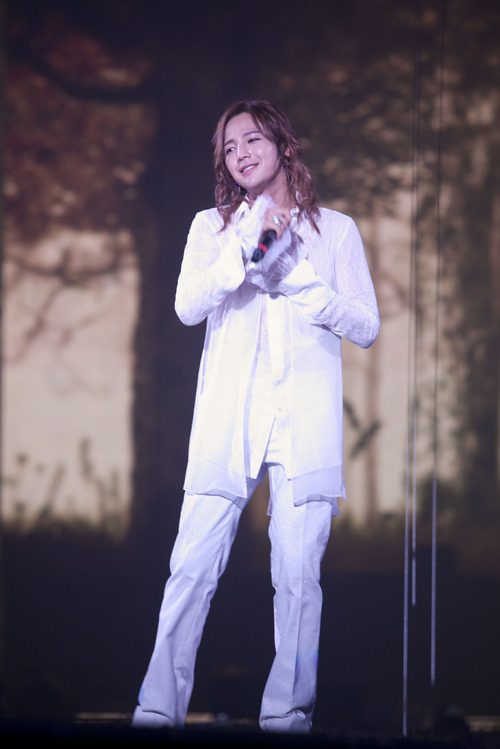 Firmly holding on to his title as the ‘Asia Prince’, actor and singer Jang Geun-suk is slowly but surely transforming into a ‘World Prince’.

On the 19th of July, Jang Geun-suk was named the most searched-for Korean male celebrity in Taiwan for the first half of 2012 by search engine Yahoo!. He topped the company’s top 10 list of most searched-for celebrities, adding yet more proof to his immense popularity. Also appearing on the list were Kim Hyun-joong in second place and Park Yoochun in third place, followed by Lee Min-ho, Kim Soo-hyun and others.

Known as the ‘Asia Prince’ because of the love he has received across diverse regions of Asia, Jang Geun-suk appears in popular drama Love Rain, which currently airs on Taiwan’s GTV channel, and his role as Seo Jun has been increasing his popularity there greatly. With the appearance of this ‘flower boy’ with an unpredictable and liberal image, fans have been captivated not only by Seo Jun’s overflowing confidence, but have fallen for the real person behind the character.

In 2010, Jang Geun-suk received two awards at the 2010 Yahoo! Buzz Awards – Male Buzz Star Award and Asia’s Buzz Star Award – after leading polls among netizens from four countries (Korea, Taiwan, Hong Kong and Indonesia). He then went on to win the Yahoo! Buzz Award for Taiwan Top Searched Single Korean Artiste in 2011. Also, he was ranked the number-one most searched Korean artiste for the majority of 2011.

In related news, Jang Geun-suk has successfully concluded his 2012 Jang Geun Suk Asia Tour THE CRI SHOW 2 after performing in Seoul and Yokohama, Japan. To thank his Taiwanese fans for their support, Jang will be heading to Taiwan to perform in the Taipei Arena on the 1st and 2nd of August following his performance in China on the 11th of August.

Do you think that Jang Geun-suk will be able to become a ‘World Prince’ in future?