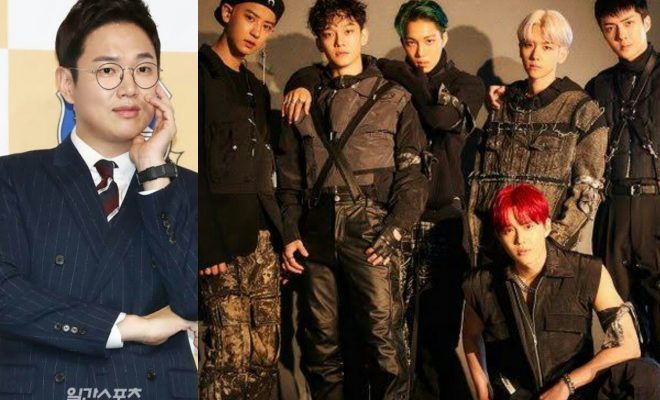 How would being the manager of EXO be like? Jang Sung Gyu would know soon!

Jang Sung Gyu will be taking on the role of EXO’s manager in an upcoming episode of his personal YouTube series WorkMan! 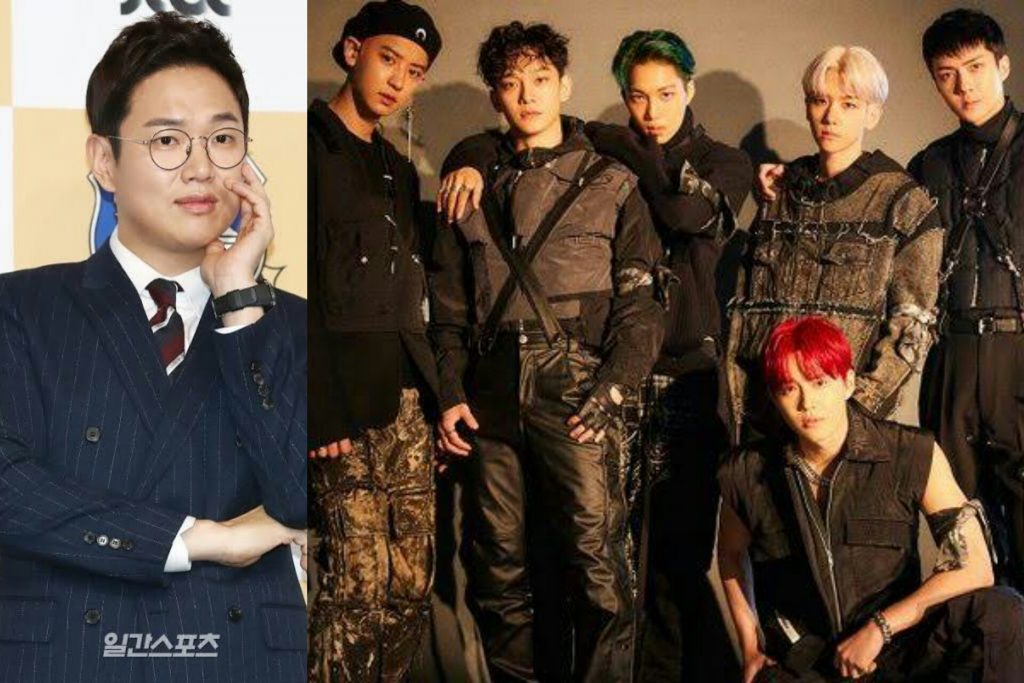 Gaining popularity as a personal series by the host and announcer, WorkMan sees Jang Sung Gyu sharing his life in different jobs. Previously, an episode of the series showed him working at a gas station in Cheongdam, Gangnam in Seoul. On that episode, he met EXO’s leader Suho by coincidence.

“All EXO members subscribe to WorkMan,” the singer shared, to which Jang responded with, “I know, I heard Chanyeol and Sehun really like it a lot”. Suho also suggested that Jang become EXO’s temporary manager on the show, which many fans of both the boy group and the show expressed their support for.

After taking a photo together, the announcer shared that it was the first time he met a celebrity while doing WorkMan. After asking if SM Entertainment treats their employees well, Jang and the PD of the series received the surprise of their lives when Suho asked, “Do you want to be our manager for a day?”

The offer made both sides excited, and even EXO’s manager, who was driving Suho that day, confirmed that they can come over. Jang also shared the selca he took with the EXO leader on his Instagram account, together with the hopeful caption “While working at a gas station, I met someone from the Hallyu wave. Will I really be able to work part-time as EXO’s manager?”

Finally, the answer to his question has been confirmed as a huge “yes” with the group making their guest appearance on the show come true as Jang sets to experience the life of being their manager for a day.

Hellokpop, as an independent Korean entertainment news website (without influence from any agency or corporation), we need your support! If you have enjoyed our work, consider to support us with a one-time or recurring donation from as low as US$5 to keep our site going! Donate securely below via Stripe, Paypal, Apple Pay or Google Wallet.
FacebookTwitter
SubscribeGoogleWhatsappPinterestDiggRedditStumbleuponVkWeiboPocketTumblrMailMeneameOdnoklassniki
Related ItemsEXOJang Sung GyuWorkMan엑소장성규
← Previous Story NCT U To Bring Taeil, Doyoung, Jaehyun, And Haechan Together For SM’s STATION Track “Coming Home”
Next Story → Stray Kids Gives Honest Talk About Preparations For “Clé: LEVANTER” In Intro Video