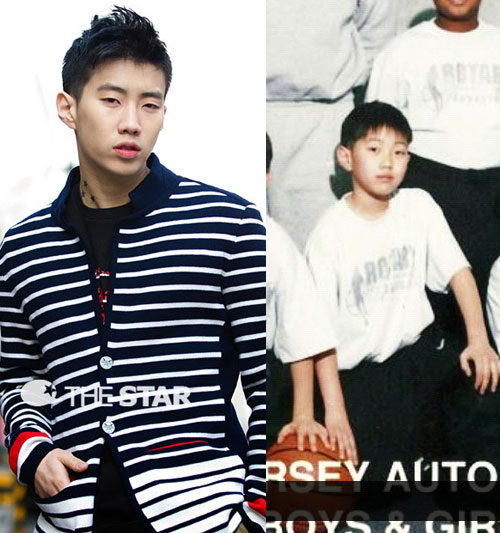 Jay Park (Park Jaebeom)’s childhood photo has been revealed and has been getting a lot of attention.

On December 13th, Jay Park shared his childhood photo through Twitter, of him holding a basketball in one hand.

Recently, Jay Park has been an issue being on tvN‘s SNL Korea, showing an unique performance with a 19 and above music video Because I’m a Man that is not common among the idol groups. He gained well past 800,000 views on the video, which is quite different from his childhood innocent photo.

Those who came across Jay Park’s childhood photo said, “I want a song like this”, “So cute”, “When is this? Looks the same as now.”

It is said that Jay Park is currently preparing for a new album.

Check out his video here:

Hellokpop, as an independent Korean entertainment news website (without influence from any agency or corporation), we need your support! If you have enjoyed our work, consider to support us with a one-time or recurring donation from as low as US$5 to keep our site going! Donate securely below via Stripe, Paypal, Apple Pay or Google Wallet.
FacebookTwitter
SubscribeGoogleWhatsappPinterestDiggRedditStumbleuponVkWeiboPocketTumblrMailMeneameOdnoklassniki
Related ItemsBecause I'm a Manchildhood photoJay ParkPark JaebeomSNL KoreaSNL코리아tvN남자기때문에박재범어린시절
← Previous Story Secret’s Zinger, “my heart and mind hurt very much too”
Next Story → B.A.P is NIKE’s style icon