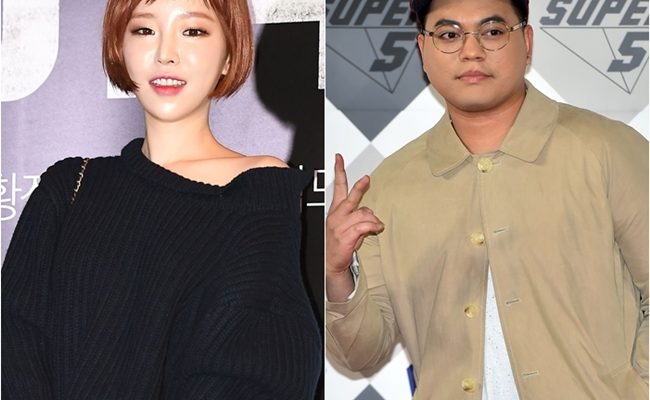 How will the new track between Gain and Jeff Bernat turn out?

Gain‘s agency Mystic Entertainment revealed on January 10 that the Brown Eyed Girls member will release a collaborative track with Filipino-American singer Jeff Bernat. It is confirmed to be released in this month.

Jeff Bernat is known to have collaborated with various Korean artists including McKay, Crush, and DEAN. He also successfully held his concert in Korea in February 2016.

Hellokpop, as an independent Korean entertainment news website (without influence from any agency or corporation), we need your support! If you have enjoyed our work, consider to support us with a one-time or recurring donation from as low as US$5 to keep our site going! Donate securely below via Stripe, Paypal, Apple Pay or Google Wallet.
39
SHARES
FacebookTwitter
SubscribeGoogleWhatsappPinterestDiggRedditStumbleuponVkWeiboPocketTumblrMailMeneameOdnoklassniki
Related ItemsBrown Eyed GirlsGainJeff BernatMystic Entertainment
← Previous Story Malaysia EXO-Ls Start To Queue One Week Before Concert’s Ticket Launch
Next Story → EXO’s Lay Donates 10 Ambulances To Hospitals