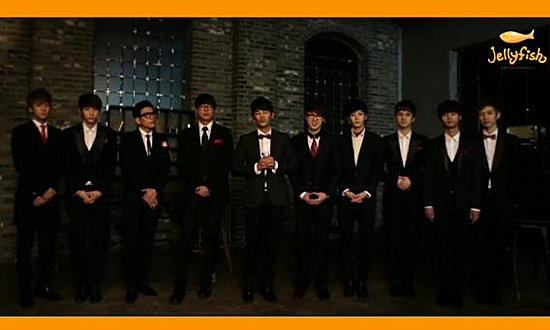 The official music video for Because It’s Christmas was unveiled on December 5 and according to the agency, the video is a gift made by its artists in acknowledgement of the winter season. The music video for the track displays different clips of each artists’ individual photoshoot as well as a hearty group photoshoot.

Jellyfish Entertainment has also informed about a Christmas package that will include a Heart Project CD, 2013 Calender, photo cards, and special DVD.

Check out the music video for Because It’s Christmas below: