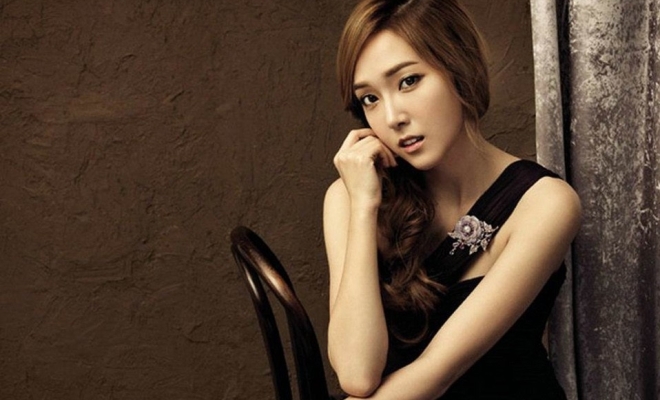 After posting a shocking message on Weibo, Girls’ Generation’s Jessica became embroiled in rumours of her departure from the popular girl group, which have now been confirmed by SM Entertainment.

“I was excited about our upcoming fan events only to shockingly be informed by my company and eight others that as of today, I’m no longer a member,” she revealed.

“I’m devastated – my priority and love is to serve as a member of GG, but for no justifiable reason, I am being forced out.”

SM Entertainment has now stated that  Jessica will join the group for one last album, and thereafter Girls’ Generation will continue their activities with eight members. However, Jessica will remain signed to the company.

Many believed that the star’s Weibo account was hacked. It was also noted that only eight members of the group were present at the airport, fuelling the speculations. However, news outlets claim that this was because she was flying into Incheon Airport from New York.

In fact, Korean media have suggested that the singer has been planning to wed Tyler Kwon, a Korean-American businessman, and that she has been neglecting her activities to work with him in the fashion industry. Although Tyler Kwon repeatedly denied these marriage rumours in the past, he was snapped leaving the same plane as Jessica this morning. 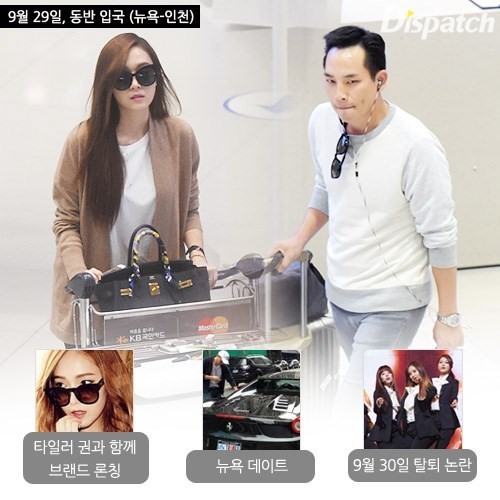 Jessica arrived at Incheon Airport from New York this morning. Tyler Kwon was on the same flight. Photo: Dispatch

Rumours also claim that Jessica sought out Lim Sanghyuk, the lawyer who previously represented JYJ, earlier this month, but this has allegedly been refuted by Lim Sanghyuk himself.

Girls’ Generation is due to appear at a fan meeting in Shenzhen, China, later today. All nine members of the group renewed their contracts earlier this year.