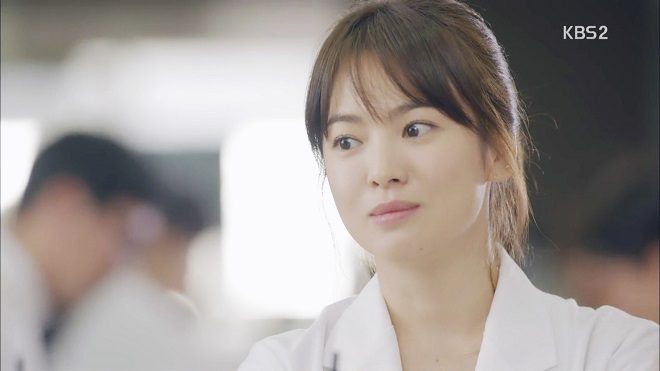 Song Hye Kyo’s agency, United Artists Agency, recently announced that it has sued the jewelry brand J.Estina for using the actress’ images and videos in the mega-hit drama ‘Descendants of the Sun’ without her consent.

In a press release on Wednesday, J.Estina took its offensive grounds, accusing the idol for violating the terms in her contract, and blaming her for causing loss to it due to her tax problems in 2015.

The report further stated that, Song instead “breached the contract to exclusively use its products,” as she wore other jewelry brands in the other episodes.

The jewelry company also brought out Song’s tax irregularities in 2015 as a significant loss to it after the $2.6 million contract was signed with the actress last year.

‘Descendants of the Sun’ production agency, New Entertainment World, backed Song up by saying the arguments issued by J.Estina were not valid. It also denied that it has approved any commercial use associated with the actors in the drama.

New told Star News on Wednesday that, “It is widely perceived as a norm for a company to get permission from the talent in such cases.”

The source said, “Moreover, J.Estina was the only company that used snaps from the series for commercial purposes.” It added, “J.Estina did so without our consent. We warned the company several times against its excessive misappropriation.”

On Song breaching the contract for using other jewelry brands, the report stated it was not a problem once the required product placement quota was met. The source stated, “A production company cannot force an actor or actress to put on jewelry from a company with a product placement contract.”

Song’s legal representative, The Firm, said that J.Estina had damaged the actress’s reputation by bringing up her tax problems and it would subsequently take action.

With the product placement in the popular drama series, J.Estina’s net sales went up to around 70 percent in March against last year.