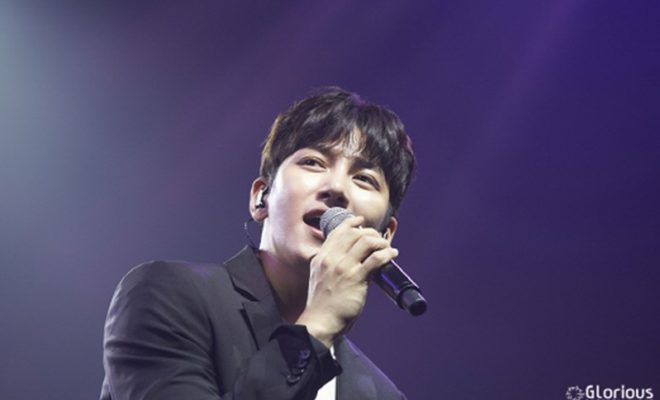 On July 22, Ji Chang Wook held a concert titled Jiscovery at Seoul Olympic Park in South Korea to celebrate his 10th anniversary in the industry, and bid farewell to his fans before he enters the army next month.

The event gathered 6,000 turnouts from all over Asia, including China, Japan, Taiwan, Thailand, Hong Kong and Singapore.

During the concert, the actor showcased his singing ability by performing many songs, including the Seven First Kisses‘s OST “Kissing You”, Goblin’s OST “Beautiful”, and other songs from the musicals Thrill me and The Days.

After that, Ji and fans together recalled unforgettable memories during his 10-year acting career since his debut with the film Sleeping Beauty in 2008.

In addition, the charming actor expressed his deep gratitude to fans by reading aloud his hand-written letter. He wrote: “The last 10 years have been a new challenge for me. I did not give up thanks to you all. Let’s meet again in 2019, smiling.”

Repaying Ji’s sincere gestures, his fans cheered for him and sang along to his performances, with the banner “We will wait for you” raised high up during the concert.