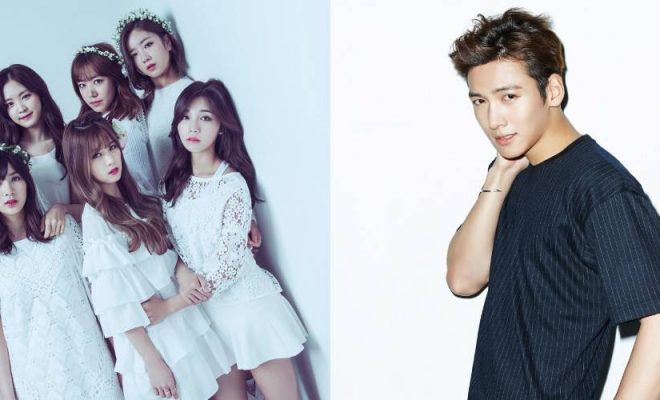 Ji Chang Wook On Apink’s Bomi: “It’s A Pity Because She Is Not My Wife”

Ji Chang Wook wants to get married, doesn’t he?

Ji Chang Wook has just made an appearance in the wedding of his close friend, Choi Tae Joon and A Pink‘s Bomi, in November 12 episode of MBC’s We Got Married.

Different from other guests, Ji appeared as a mystery man, donning an elegant black suit. He had a mission to take the bride, Bomi, to the cathedral.

With an aim to keep it a secret, the actor hid his face with a black helmet, which made Bomi misunderstand that he is her partner.

After the two arrived to the cathedral, the heartthrob took off the helmet and revealed his identity. This totally surprised all the guests at the wedding.

He showed excitement after completing the mission and expressed his sense of humor, by saying: “It’s a pity because she’s not my wife.”

Ji also expressed enthusiasm by boasting his hidden dancing ability at the event.

With funny yet lovely expression, he made all the guests laugh with applause for his performance.