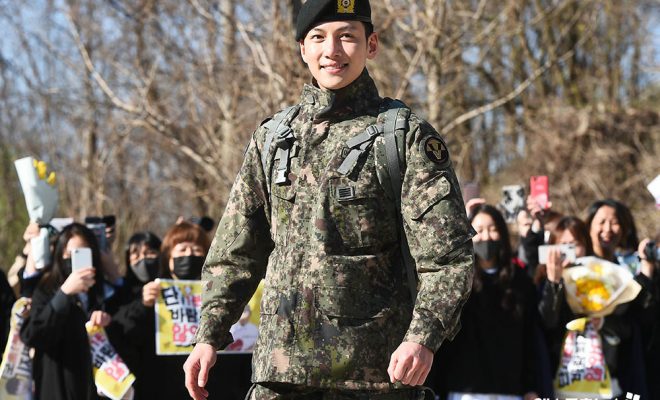 In the morning of April 27, the handsome actor walked out to greet his awaiting fans with a bright smile and cheerful wave. The actor was part of the 5th Artillery Army Brigade stationed in Cheorwon in Gangwon Province. 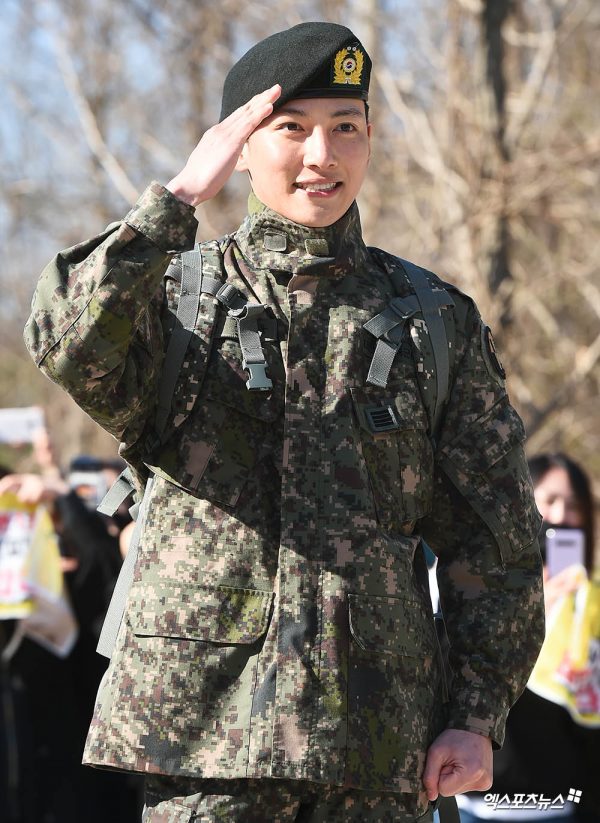 His agency announced that the actor would not have a separate ceremony to commemorate his release. For the safety of the unit and its surrounding areas, he wished for a private and quiet exit. However, eager fans, both local and international, still swarmed the scene. 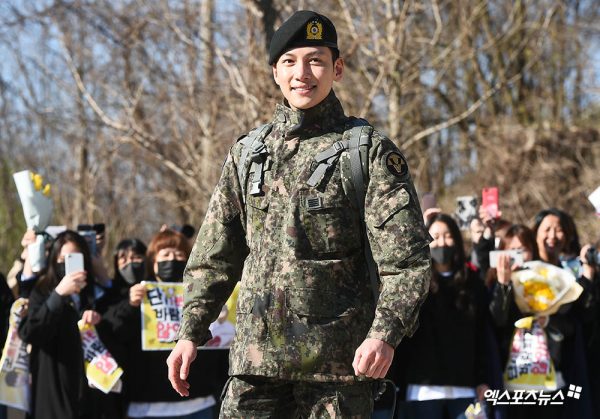 The actor entered in Cheorwon in Gangwon-do Province.  After a 5-week training period, he served in the military for one year and eight months. Additionally, he also appeared in the musical Shinheung Military Academy, produced by the Army Headquarters.
The actor gained popularity through the drama Smile Again, Warrior Baek Dong Soo and Bachelor’s Vegetable Store. But he rose to prominent stardom through the action romance drama Healer, where he paired up with Park Min Young. Before entering the military in 2017, he starred opposite Nam Ji Hyun in the leagl romance drama Suspicious Partner .

The actor is positively considering two new dramas after his enlistment.