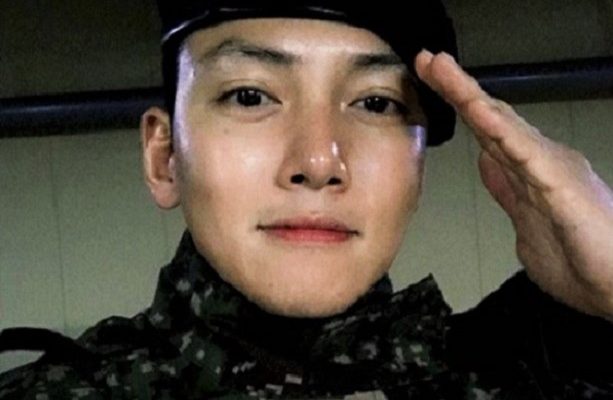 Ji Chang Wook even looks more handsome while serving in the army.

On December 6, actor Ji Chang Wook shared a photo of him saluting fans onto his personal Instagram after returning from his first military vacation leave. He wrote: “Now returning. Salute.”

In the picture, the heartthrob is seen wearing a beret and military uniform. He captivates eyes with his masculine mien while giving a salute to the camera.

Meanwhile, Ji Chang Wook enlisted in the army on August 14 as an active duty soldier. He is set to return to civilian life in May 2019.

Hellokpop, as an independent Korean entertainment news website (without influence from any agency or corporation), we need your support! If you have enjoyed our work, consider to support us with a one-time or recurring donation from as low as US$5 to keep our site going! Donate securely below via Stripe, Paypal, Apple Pay or Google Wallet.
56
SHARES
FacebookTwitter
SubscribeGoogleWhatsappPinterestDiggRedditStumbleuponVkWeiboPocketTumblrMailMeneameOdnoklassniki
Related Itemsactive duty soldierInstagramJi Chang Wookmilitarymilitary vacation leave
← Previous Story Kang Daniel’s Fans Celebrate His Birthday With Billboard Ads
Next Story → SNSD Taeyeon’s Christmas Album: New Information Revealed