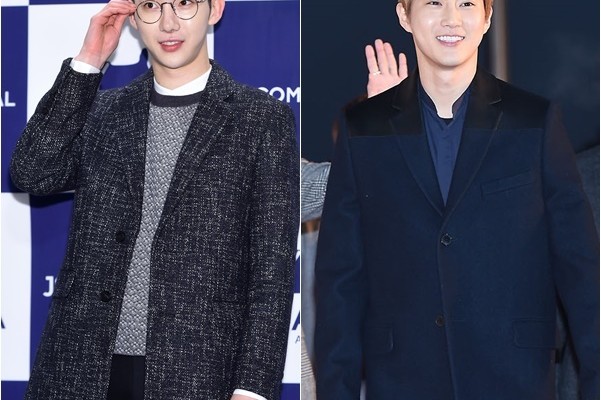 Jo Kwon is confirmed to make his solo comeback after three and a half years.

According to an official from JYP Entertainment, Jo Kwon is working on an album slated for release in early February. However, the exact release date is yet to be fixed.

It is also confirmed by the official that EXO’s Suho indeed stars in the music video for Jo Kwon’s comeback track. Following Baekhyun and Suzy’s collaboration track Dream, this is another work between JYP Entertainment and SM Entertainment.

Jo Kwon himself shared the happy news to fans through his Instagram, writing: “two leaders’ meeting,” and also thanked Suho in the post. 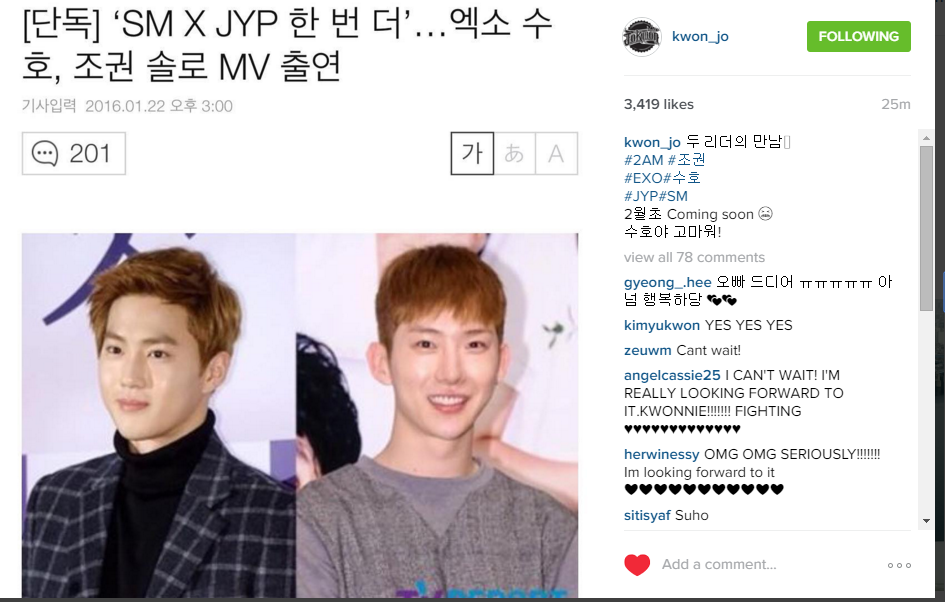