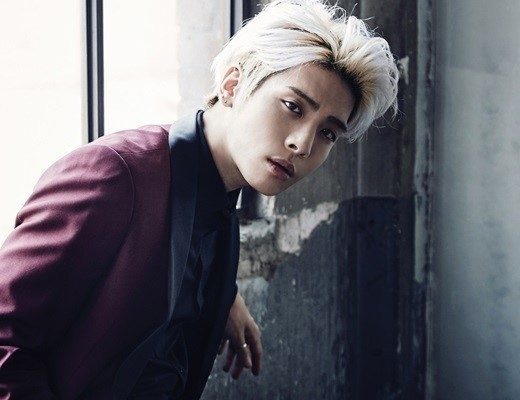 Been missing Jonghyun’s emotional and skillful vocals? Wait no longer as he will be returning soon!

According to SM Entertainment on April 26, Jonghyun is currently in the midst of preparing for his new solo album. However, the exact release date for the album is undetermined yet.

After making a successful solo debut in January 2015 with his first mini album Base, the SHINee vocalist has been actively working as a soloist. He released a self-composed collection album Story Op.1 in last September. A month later, Jonghyun was the first SM artist to hold his own concert series, titled THE STORY by JONGHYUN, as part of his agency’s concert project THE AGIT. He recently collaborated with a co-ed group, named Heritage, for SM Station’s Your Voice.

If you have yet to listen to Your Voice, watch the MV below:

Hellokpop, as an independent Korean entertainment news website (without influence from any agency or corporation), we need your support! If you have enjoyed our work, consider to support us with a one-time or recurring donation from as low as US$5 to keep our site going! Donate securely below via Stripe, Paypal, Apple Pay or Google Wallet.
FacebookTwitter
SubscribeGoogleWhatsappPinterestDiggRedditStumbleuponVkWeiboPocketTumblrMailMeneameOdnoklassniki
Related ItemsBASEHeritageJonghyunSHINeeSM Entertaimentsm stationsolo debutStory Op. 1The AGITThe Story by Jonghyunyour voice
← Previous Story Verbal Jint To Drop New Track Featuring Yang Da Il
Next Story → ‘Produce 101’ Lee Soo Min Leaves Fantagio