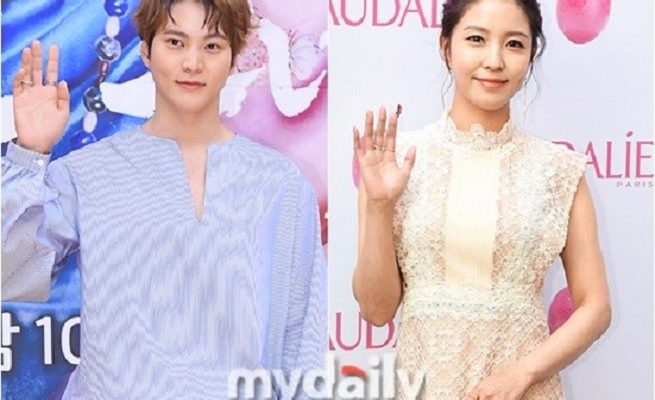 Joo Won And BoA Are No Longer Lovers

Sad news for fans of the Joo Won – BoA couple.

On November 13, actor Joo Won and singer BoA have reportedly parted ways after nearly a year of dating.

The actor’s agency Huayi Brothers later confirmed their breakup by stating: “Joo Won and BoA have recently broken up. It is difficult to know the reason and time (of their breakup) because it has to do with their private lives.”

In related news, Joo Won and BoA publicized their romantic relationship last January. Their mutual interests in music, acting, golf and mountain hiking made them develop feelings towards each other.

Joo Won is currently serving in the army as an assistant instructor in the 3rd Infantry Division. He is set to be discharged on February 15, 2019.

Meanwhile, BoA was recently appointed as the promotional ambassador for the Jeju Biennale, an inaugural international art event on the resort island of Jeju.