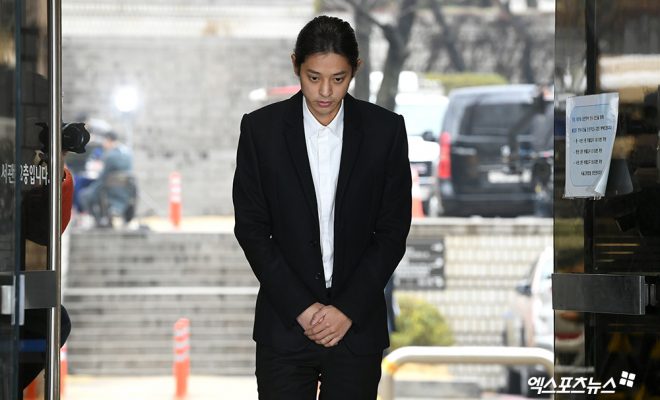 On March 21, Jung Joon Young arrived at 9:30 am at the Seoul District Trial Court for further questioning regarding his illegal videos. He stood before the reporters and read out an apology letter.

In the letter, he apologized once again to the victims and his fans. 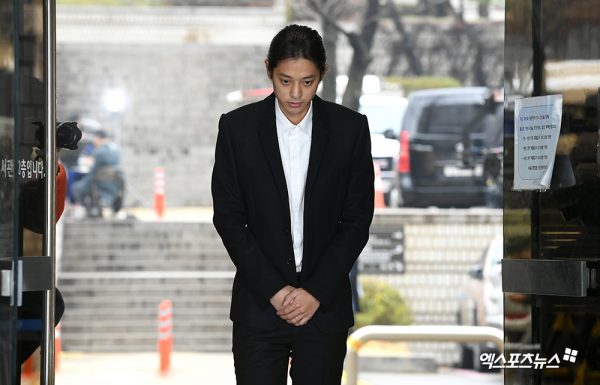 Jung Joon Young then entered and answered questions for over two hours. He stayed in the lockup room to wait for the decision. Finally, the decision was handed down later and he was formally arrested.

Jung Joon Young was booked for illegally filming and sharing footage of him having intercourse with at least 10 other women. He  was previously abroad filming for a variety show. His illegal actions came into the public after he returned to Korea, and was removed from all variety shows he participated in. He also announced his retirement from the entertainment scene consequently.

Former BIGBANG member Seungri also announced his own retirement following the prostitution allegations. Both singers also had ceased their contracts with their respective agencies.

In related news, on March 17, the chat logs between Jung Joon Young, Cha Tae Hyun and Kim Jun Ho were also uncovered. Within the logs, Cha sent proof of gambling money. However, in their respective statements, both comedians said that they returned the money immediately after the games.

Nevertheless, both Cha and Kim later on announced their own departures from their respective variety programs as well.

Hellokpop, as an independent Korean entertainment news website (without influence from any agency or corporation), we need your support! If you have enjoyed our work, consider to support us with a one-time or recurring donation from as low as US$5 to keep our site going! Donate securely below via Stripe, Paypal, Apple Pay or Google Wallet.
FacebookTwitter
SubscribeGoogleWhatsappPinterestDiggRedditStumbleuponVkWeiboPocketTumblrMailMeneameOdnoklassniki
Related Items2 days & 1 nightCha Tae HyunJung Joon Youngkim jun hoSeungri
← Previous Story Brand New Boys Announce Scheduled Debut In May Through V Live Broadcast
Next Story → BLACKPINK And Nam Joo Hyuk Are Paradise City Hotel And Resort’s Newest Models