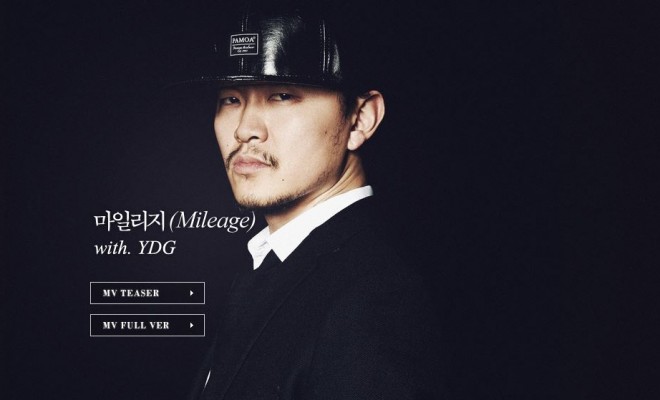 After opening the teaser site for CNBLUE leader Jung Yong Hwa‘s first solo album yesterday, FNC Entertainment has released the first collaborative artist that will be included in the highly anticipated album.

The South Korean hip hop artist YDG (Yang Dong Geun) was revealed as the first artist to be collaborating with Yong Hwa on his first solo album.

The hip hop artist will join Yong Hwa in the song Mileage and as said by the teaser site, the music video teaser and music video will also be revealed thereafter.

Yong Hwa and YDG have worked together previously in the TVN drama “The Three Musketeers”, showing their close friendship after the drama ended.

YDG has been in the entertainment industry since 1987 so there is a lot of anticipation regarding his contribution.

Yong Hwa has also teased fans by posting a picture onto his official Twitter account, a photo of the pair at what seems to be the set of their new music video.

As announced by FNC on their official Twitter account, the teaser site will also be revealing the other 3 artists on the 11th, 12th and the 13th this month.

“[#JungYongHwa] First solo album collaboration teaser site is open! *Artists that will work with Jung Young Hwa will be revelaed on January 7th, 11th, 12th and 13th. We hope you are excited! #JungYoungHwa 1st Album http://fncent.com/jungyonghwa”